You are here: Home / Games / Tabletop & RPGs / Unearthed Arcana: D&D’s playtest expands to include Mages of Strixhaven, only months before an official Strixhaven book is due out

An Amazon listing “leaked” the existence of September’s D&D book The Wild Beyond the Witchlight and November’s Curriculum of Choas.

The Curriculum of Choas is described as being set in Magic: The Gathering’s upcoming Strixhaven world.

Now, Wizards of the Coast playtest Unearthed Arcana has published five new subclasses associated with the mages of Strixhaven. Playtest content which might be headed for a book out before the end of the year.

The 9-page playtest document is full of spells, as you would expect by gathering five magical colleges together.

There is may well enough time for the playtest to complete, for results to come in, the book finished and sent to the printers. If, indeed, that’s the plan. I can’t imagine Wizards of the Coast can go too slowly, though.

Unearthed Arcana: D&D’s playtest expands to include Mages of Strixhaven, only months before an official Strixhaven book is due out 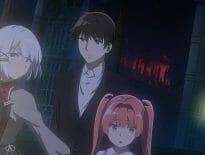 Anime Moving on from death: The Detective is Already Dea… 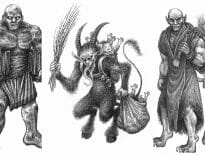