Green Ronin are the publishers who did the first Critical Role RPG with Critical Role: Tal’Dorei Campaign Setting, helped Wil Wheaton with his actual play and setting Titansgrave, and publish The Expanse RPG. They also have a romantic fantasy RPG called Blue Rose which they brought to D&D The Blue Rose Adventurer’s Guide.

What is romantic fantasy? In Green Ronin’s case, it’s savvy to the role of diversity and representation. There’s a focus on relationships, whether political, social or romantic, but it’s not necessarily a “fantasy romance”.

Meanwhile, The Book of Fiends is recommended for mature audiences and focuses on incredibly evil and nasty monsters for D&D players to encounter. A very different vibe!

The setting in Blue Rose is the fantasy world of Aldea, but daemons and creatures known as Exarchs exist in it, so The Book of Fiends is compatible.

Blue Rose writes up the complex diplomacy between nations, in a setting more aking to the Age of Sail than other Middle Age inspired fantasy. There are new ancestries and a new approach to humans.

In the setting, there are also intelligent, psychic and awakened animals known as rhydans. Rhydans are allowed as PCs, and so you can play as a rhy-cat, rhy-wolf or horse.

New feats, new backgrounds, rules for wealth and equipment, and guidelines for telepathic communication standard in Aldea are also included.

Meanwhile, The Book of Fiends has 130 daemons, devils and similar Lower Plane horrors. The challenge rating of these monsters start at 0 but rise as terrifyingly high as 31.

There’s information on celestial choirs and fallen angels, on the nine Lords of Hell and new spells.

Reward tiers begin at $25, which will get you the PDF of the Blue Rose Adventurer’s Guide and stretch goals or The Book of Fiends.

The print reward tiers are different for the two books; $40 for the Blue Rose Adventurer’s Guide, but $50 for The Book of Fiends. Both come with PDFs.

Shipping isn’t included, mail out of the United States is expensive and mail into the UK is incredibly tricky with Brexit.

The expected delivery for all the tiers is October 2021, which isn’t far away but if you can’t wait, the PDF of The Blue Rose Adventurer’s Guide is available now on DriveThruRPG. 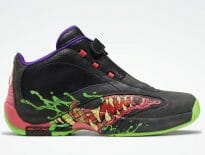 Geek Stuff Reebok have a kaleidoscope of Ghostbuster trainers… 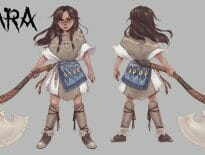