Idaten Deities in the Peaceful Generation is an anime about a group of gods (which I think of team Dragon Ball thanks to the trailer) who have to deal with the return of the demons (team Cthulhu).

The new show is based on the manga of the same name, or Heion Sedai no Itaden-tachi to give it its correct title, by Amahara (Interspecies Reviewers) and illustrated by coolkyousinnjya (Miss Kobayashi’s Dragon Maid).

There’s a third force, though, and that’s humanity itself. We have warriors too.

There’s no trace of the sexy naughtiness in the trailer that we might associate with Interspecies Reviewers or even Miss Kobayashi’s Dragon Maid. Instead, the show looks more like a stylised Dragon Ball.

We’ll just have to see!

Idaten Deities in the Peaceful Generation is due to air in Japan late in July, and we’ll have to see if any streaming platform picks it up as well. 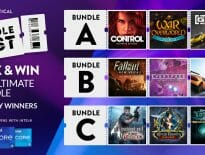 PC BundleFest kicks off at Fanatical with deals and c… 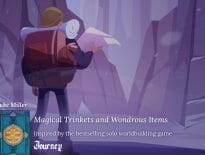