You are here: Home / Games / Tabletop & RPGs / Genre Police: Just the Two of Us

I gaze into her eyes over the table. For a moment, we hold focus, wrapped up in the experience we having, the feedback loop between us.

She looks hesitant, and I savour that second of anticipation, just me and her. Then I lean forward and say it, watching her reaction as the words fall from lips. This changes the dynamic instantly, altering our attitude, throwing us into conflict, one against the other for dominance, where before there had been a shared story.

But that was usually the case when I asked my wife to roll initiative.

We have been talking for some while now about how players are a kind of resource. How they, like other elements of RPGs we’ve studied in the past, can be viewed as a ‘dial’ which when turned up or down can change the play experience.

Well, first, it’s isn’t all like the above description – but it is a bit more of an intense experience.

You have the complete focus of another person while you are telling a story together. This can mean that ‘duet’ gaming is often an absolute thrill ride, the RPG equivalent of two players jamming together. It can be an incredibly creative space where both of you are just throwing a story together without having to wait for a table full of people to agree on it.

The good thing about a game with one player is that it can have many uses.

A long or short term campaign with a housemate or partner can be a great way to keep your RPG itch scratched when you are not in a place to get a whole group together: My wife and I played a Changeling The Dreaming campaign when we moved to a different city for six months for study and work reasons.

But also, it can allow you to take a moment to fill out various corners of a world that you don’t have time to fit into a game session, for example, when I played a huge Mutants & Masterminds campaign that took years, we had several sessions thrown together with just someone who had come over for an afternoon and did a side issue ‘comic issue’ to establish an element of the universe. Maybe later, a villain from that session would debut in the main ‘team book’ campaign, and one player could explain the history they had with them.

There are lots of different ways you could use the ‘duet’ to improve games in this way. Even adding details by having a player do a duet as someone else in the same world, doing stuff that is important to the main plot but happens miles away or historically.

In fact, I’d love to run an ‘Avengers style’ game where each player plays a solo game for one adventure, and then you unite all the players as a team. There are SO MANY options, and because it’s only one player, it’s possible to get the game up and running quickly, even, say, on holiday or over coffee, almost spontaneously.

So the format examined, what elements do we have to bear in mind when running a Duet game?

Look, you know how often advice to a GM is like ‘Don’t over prepare, you only need to be ready with a few things, don’t plan a whole plot and city’.

Unless your sessions are very short, you actually need to be doing the opposite for a solo player campaign. That one player isn’t going to talk things over with the rest of the group or be bogged down with other people’s reactions. They can often devour material in a way you might not be ready for.

Some sessions will end look nothing like they did at the beginning. So prepare yourself for that. It is often best if you use this format to have an idea ready to go if anyone wants to drop by and play.

….But get ready to improv

That said, it is, at some point, likely to go off the rails and hit up a lot of different directions. You have to prep yourself for improv.

More than any other game, this should be a composition between the both of you. Don’t be afraid to give them agency.

It’s sometimes harder to feel that when you have no other players to bounce off, so you need to make sure they feel like they can truly make any decision and you will just see where that goes.

While talking as NPCs, try to introduce as many variations in speech as seems sane to keep track of. Remember, you don’t have to ‘do accents’, but a variation in tone, pitch, speed of delivery or even volume can indicate a different character and allow the game to continue without a player stopping and breaking the immersion by asking ‘wait, who said that?’.

If you give a player companions in order to create a ‘party’ of sorts, make sure those NPCs differ from each other. Maybe they have opposing viewpoints, backgrounds, skill sets or contacts. Give each one a very clear hook that sets them apart.

D&D is perhaps the worst game for this sort of play because it has an assumed balance mechanic of a four-player party.

Some games are better and don’t assume balanced combat or combat at all. If you do have a game that assumes some balance, you are going to have to kind of spitball it, or allow a player the opportunity to run away a lot.

My suggestion with something like D&D is to start small and work each encounters difficulty until they start to feel correct, and always give that “out” until you are sure. But bear in mind there are lots of games that do not have this element, where either the focus is on political manoeuvrers or a single hero can stand against the odds in a different way.

I hope this persuades you to try out and enjoy running duet play. Next time we are going to be looking at a playstyle that uses a lot of players and how it is often misunderstood. That’s right, we’re going to jump on the bandwagon and visit the West Marches! But as per usual, expect a ‘Ben’ take on it…

Creative Commons credit: Moonwalk Duet by piku-chan, Funkiest Parents Around by wwwjam and Don’t Forget Me by Zerna.

Genre Police: Just the Two of Us 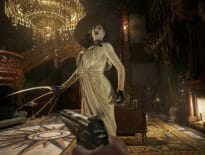 Tabletop & RPGs “So You Want The Tall Vampire Lady to Catch … 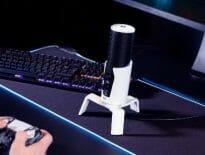