You are here: Home / TV / Anime / Arcane: Riot and Netflix give us a first look at the League of Legends anime

Riot Games is getting closer to releasing their first TV show. It’s a League of Legends anime called Arcane that’ll air on Netflix.

Set in utopian Piltover and the oppressed underground of Zaun, the story follows the origins of two iconic League champions – and the power that will tear them apart.”

The trailer suggests that much of the attention will be on Vi and Jinx, two champions and popular characters from the computer game. There’s not much more to go on, and so far, both Netflix and Riot being mysterious.

It’s expected the show will be set in the past and do origin stories. Characters such as Heimerdinger, Caitlyn, Warwick, Ekko, Ezreal, and Singed have all been linked to the plot. Piltover and the city of Zaun are also expected to feature heavily.

COVID-19 delays hit the series, which was announced back in 2019 during the 10-year anniversary celebrations for League of Legends, and the show is due out this Autumn.

Arcane: Riot and Netflix give us a first look at the League of Legends anime 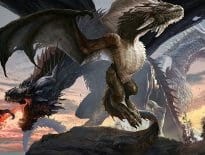 Tabletop & RPGs What is it like to DM? Lars van Breems tackles fiv… 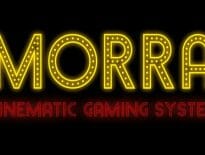