You are here: Home / Games / Tabletop & RPGs / What is it like to DM? Lars van Breems tackles five common questions

It usually starts as a passing fancy – a look at an interesting art piece or hearing someone talk about a particularly awesome session.

As your curiosity deepens, so does the desire to see what it’s actually like. You talk to your friends about it, ask if they have any experience, and eventually you find your way to a table and start working with the DM on your first character sheet. If you find you and the group work well together, the adventures flow and you’ll hopefully have your own stories to tell.

I’m speaking, of course, about tabletop role-playing games, be they D&D, Pathfinder, any of the myriad of White Wolf games, or some other miscellaneous game where you and your buddies get together, roll dice, and have fun telling a story set in whatever fantasy you desire. Whatever system you choose to play with, roleplaying games have been steadily gaining ground in the public eye as a legitimate form of entertainment, be it a private game or something hugely popular to watch like Critical Role or the Unexpectables.

Of course, once a player gains enough understanding of the rules, the question always comes to mind: what would it be like to actually run the game? What’s it like behind the DM’s screen, running the scenarios that brought you and your friends so much fun (and potential pain as you lose characters to a TPK)?

While I probably wouldn’t qualify as an ‘expert’ having only four years of experience as a DM, I’ve played and run enough games that I can hopefully provide some insight into frequently asked questions for aspiring DM’s. Keep in mind that most of this is just my opinion and take on things, and that above all else, the most important rule a DM can adhere to is to have fun, and make sure the players are having fun as well.

So, without further ado, let’s get into five questions I’ve been asked about being a DM!

Q: What is it like being a DM compared to being a player?

A: For me, being a DM is a lot like being a general- which I suppose makes sense, given that most popular role-playing games evolved from miniature war games. You’re in charge of the enemies and what tactics each set of enemies takes, while also providing avenues for the opponent, your players, to take. At the same time, it’s also like being a narrator for an ongoing story- which, surprise surprise, is basically any roleplaying game summed up in a nutshell. The players, by contrast, are more along the lines of officers with their own individual tactics, as well as actors for when you get to roleplaying. It’s extremely interesting how similar their roles are to the DM, but at a much more reduced scale.

Q: If you could give a single tip that would generally benefit aspiring DM’s, what would it be?

A: Always default to rule zero if you’re unsure of what to do. Rule zero as I define it is to always keep in mind that at the end of the day, you and your players are together to play a game, the purpose of which is to have fun. Everything else is supplementary. If you really wanted to, you

and your group could just toss the rulebooks in front of you and make up stuff as you go along and that would be a perfectly reasonable game, so long as you’re all having fun. Don’t stress about anything else other than making sure everyone’s having a good time.

Q: What’s the best part of being a DM?

A: BECOMING DARKNESS INCARNATE TO BRING ETERNAL SUFFERING ON THE FOOLS WHO DARE OPPOSE ME… Ha! No, but really, the best parts for me are always the parts where you can roleplay with your friends and have a really compelling dialogue. You know you’re doing good when everyone’s laughing or crying or anything in between. Bringing out a variety of emotions makes for a fun experience.

Q: What’s the hardest part of being a DM?

A: For me, the hardest part is always when things go awry in the wrong way, by which I mean something unexpected happened that brings everyone down. Maybe the enemies you’re piloting managed to kill a character and the party doesn’t have a way to bring them back yet. Maybe the group’s plan doesn’t work and they’re stumped on what to do next. Maybe the team cohesion just isn’t there and they’re fighting each other more than they’re fighting the real enemy. Navigating those sorts of situations are never easy, and there’s no cut and dry answer for how to deal with it. It’ll vary from group to group, so the best any DM can do is try their best to mediate. That’s part of the reason why they’re there in the first place.

Q: What advice do you have for new players?

A: Have fun! Kick some butt, flirt with whoever you want provided there’s consent, don’t be that guy constantly correcting other people or metagaming, and just have a good time with your nerdy friends as you kill some goblins or talk your way out of prison. The world the DM has set before you is your oyster to explore and enjoy, so go ahead and enjoy it.

I hope this helps any aspiring DM’s who may be having doubts about running their first game. If you’re looking for more inspiration on how I run a game with my players (and yes, it’s time for a shameless plug- apologies, but the content has gotta reach the masses somehow) check out my podcast Dice Sesh on All Ages of Geek, where I run a group of hooligans through the Magic: the Gathering plane of Theros. Maybe you’ll get some ideas there.

In any case, hope this helps! Until next time!

Lars van Breems is a host for All Ages of Geek’s Dice Sesh podcast, which is currently hosting his Theros campaign with fellow members of All Ages of Geek. Lars, or ‘Lava’ as he’s known within the community, first started playing D&D with his future wife Susan back at Unity College where he was studying wildlife biology. They currently work from home while raising their son, Benjamin.

What is it like to DM? Lars van Breems tackles five common questions 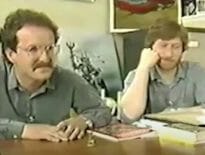 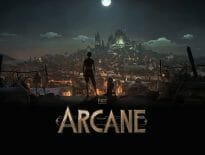