The software plays like a computer game via a screen or as virtual reality through a headset and is trying to become the next evolution of virtual tabletops for RPGs. The small German studio is asking for €10,000 to fund the project and has a month to collect the money. You can pledge or see the totals from the project page.

Dungeon Full Dive (DFD) gives you the ability to watch a computer-rendered image of a table and move tokens around on it like a “traditional virtual tabletop”. Alternatively, you can slide into the tabletop and view it from a first-person perspective.

2021 is now the year “traditional virtual tabletop” becomes a phrase”.

As with other virtual tabletops, you can design your own maps or use the ones supplied with the system.

The VR system allows GMs to become the NPCs they’re portraying and for players to look at them head through their character’s eyes.

However, DFD also works with classic 2D maps as a more traditional approach to gaming online.

DFD will release as a game for PC, that you can play with mouse and keyboard… or in VR! We plan to release DFD in the first quarter of 2022 on Steam and the Oculus store. However, we will also release a beta this autumn already! So if you want to get your hands early on DFD and participate in developing the game with us together, you can choose to opt for the adventurer edition (35€) to get access to the beta months before the official release!

A pledge of €30 (about £27) will get you a lifetime license for Dungeon Full Dive. €35 gets you that and early access, but numbers are limited.

There will be no monthly cost, as with some other challenger virtual tabletops. Any purchase of DFD via this Kickstarter or later is a one-off fee. TxK has also committed to a steady stream of free assets.

It’s speculation, but the studio may make money by selling official modules, upgrades (like voice changers) or premium assets.

A pledge of €45 gets the Kickstarter exclusive Black Ice dice, the Crimson Flame dice, Discord title and early lifetime access.

The GM-screens, game tables and other assets are added to this list at the €59 pledge level.

The tiers go higher and despite the early access options, they’re all marked with February 2022 as the estimated delivery date. 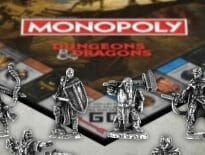 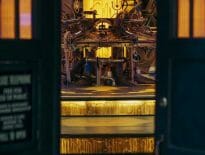