You are here: Home / Games / Tabletop & RPGs / Legacy of the Soul Flame offers up a “noble-dark” RPG

Grimdark is a term used to describe gritty fantasy in which bad things are likely to happen. Sequestered Industries’ RPG Legacy of the Soul Flame is a dark world in which people can still be noble.

There’s countless undead in this world, but they’re slumbering in the snow and ice unless a dozen or more humans get together. Should too many people meet, their soul flame flickers and wakes the dead. The project has funded, the Kickstarter pitch video is a tour of the 420+ page book, and so the video below is a briefer, more energetic introduction to the world.

Everyone has three magic powers. The magic you have depends on your surname – Legacy of the Soul Flame is about bloodlines and blood ties. It’s an RPG about stark beauty and birthrights.

The undead won. Only the remains of humanity eek out their lives on the continent. But there is hope. The soul flame provides an avenue to destroy the threats facing the species. If they can get along with each other and organize themselves.

A pledge of £15 will get you named in the book and a copy of the PDF. You won’t have long to wait as delivery is estimated for June.

You only need to step up to £30 to get the 420+ page hardback and the PDF. You’ll have tax and shipping to pay, but I think that’s great value. I’m trying to save money, but I’m tempted. Delivery is estimated for July.

The premium edition takes a pledge of £42 and an autographed copy for £75.

There are higher tiers available, and some are selling out. DriveThruRPG is being used, which work with Lightning Source, and they have printers in the UK and the USA.

Some of the art in the book will be familiar. It’s creative commons work, and Sequestered Industries has said if the Kickstarter is wildly successful, they’ll simply donate surplus funds to those artists. I think that’s a lovely idea.

Legacy of the Soul Flame offers up a “noble-dark” RPG 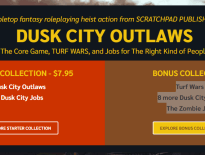 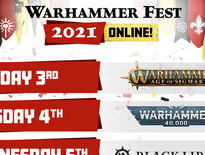