You are here: Home / TV / What we had to do to earn these powers: Jupiter’s Legacy trailer

We don’t imagine that the Miller and Frank Quietly penned series will be straightforward in any way.

It does look as if the Netflix version will, though, follow the comic books quite closely.

Josh Duhamel plays Sheldon Sampson, the superhero “The Utopian”, alongside a chunky cast of other superheroes.

Here’s how Netflix describes the series;

After nearly a century of keeping mankind safe, the world’s first generation of superheroes must look to their children to continue the Legacy. But tensions rise as the young superheroes, hungry to prove their worth, struggle to live up to their parents’ legendary public reputations — and exacting personal standards. Based on the graphic novels by Mark Millar and Frank Quitely, Jupiter’s Legacy is an epic superhero drama that spans decades and navigates the complex dynamics of family, power, and loyalty.

EW had an early look and got an even simplier explination of the concept from Miller. He said;

It all ties into this big science-fiction concept. But then you can knuckle it down to something even simpler: what if the world’s coolest guy, like Superman, married the world’s coolest woman, like Wonder Woman, and they had these f—ing awful children who would be like the Kardashians?”

Jupiter’s Legacy is the first of a whole raft of content that Netflix is planning after buying Millarworld, the comic book company which published Mark Millar’s stories.

The streaming platform is also working on American Jesus, Empress, Huck and Sharkey the Bounty Hunter, in the pipeline. Supercrooks is scheduled for an animated series of its own.

What we had to do to earn these powers: Jupiter’s Legacy trailer 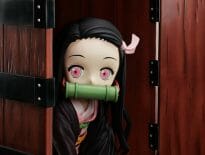 Geek Stuff Demon Slayer: Get your own Nezuko in a box figure… 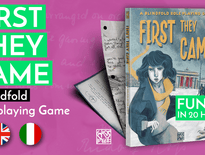