Biohazard Games with Gallant Knight have taken the third edition of the acclaimed hard science Blue Planet RPG to Kickstarter, where it is on track to fund in hours.

The updated game is set in a waterworld where political unrest and hungry alien ecology threatens the desperately needed colony. You can find out more or join the campaign from the project page.

There is a quick start for Blue Planet: Recontact at DriveThruRPG that’s set as a Pay What You Want title. I’ve been told it’s free, but I’m hesitant at treating Pay What You Want as freebies, and the suggested price is $5. So perhaps grab it if there’s a strong chance you’ll back the game, otherwise pay what you think is appropriate.

Though the original Blue Planet predates many of these titles, the setting is evoked by the movies Avatar, Blade Runner and Outland, the television series The Expanse, Firefly and Earth II and the books Legacy of Heorot, Songs of Distant Earth and the Mars Trilogy. A reviewer once gave a glib but accurate elevator pitch for Blue Planet as “Space marshal Cowboy and his cybernetic dolphin sidekick fight eco-crimes in alien Hawaii.”

It looks like Blue Planet: Recontact is on track to fund the two volumes of the 600-page full-colour RPG. It’ll offer new art, new rules, expansive maps, new locations, as well as the game’s alien secrets and technologies.

The campaign will also fun new sociopolitical systems for the game, new campaign archetypes to help jumpstart games in Poseidon.

Biohazard Games address the consistent criticism they’ve heard about the game over the year as well. That’s the planet Poseidon is so wide open for adventure that new game moderators do not always know where to start. That’s the problem the new campaign archetypes set out to solve.

A pledge of $18 is also what it takes to get a similar deal except for the Blue Planet: Recontact Moderator’s Guide.

There’s a cost-saving if you want both, as they come with a pledge of $32.

The Player’s Guide’s physical copy comes with the PDFs, even the 2nd edition bonus, and costs $60. The same for the Moderator’s Guide.

Once again, there are economies of scale if you want both in print, as the pledge costs US$100.

Note that there are separate tiers for “international” backers, even if the core tiers say they’ll ship anywhere in the world.

There are higher tiers available, some of which are limited in number and the set delivery estimate is October 2022. Biohazard says that they will expect to deliver before then, but they want to cautiously set expectations. I don’t blame them. 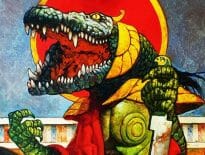 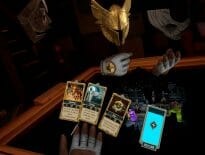