You are here: Home / Games / Tabletop & RPGs / SIN: A sourcebook for the Spire RPG about uncaring gods and corruption in a cursed city

Spire is a tabletop RPG from Rowan, Rook and Decard about a towering city after a successful invasion that reduces the inhabitant drow to second class citizens. In the game, players are revolutionary dark elves who struggle to tear down the ruling high elves.

Sin is the second sourcebook for the roleplaying game, and it digs into crime, order and religion. The campaign asked Kickstarter for £17,000 to fund and, with 28 days to go, has attracted nearly £50,000 in pledges. You can see the latest total or join in from the project page.

In Spire – a mile-high city riddled with betrayal and inequality – the Ministry of Our Hidden Mistress fights with dagger and shadow against the cruel High Elf overlords, waging a hidden war of sabotage, insurrection and assassination.

The aelfir invasion was two hundred years ago. The beautiful creatures from the far north conquered the city, allow the dark elves to remain, but now the city is crumbling. It’s ancient and corrupt.

Sin adds details to the city’s criminal enterprise, with violence in the Red Row and feuding Knights of the North Docks. The order section shines a light on guards and militia’s network in the city, along with undercover operatives and the Paladins hunting the Ministry. Lastly, the religion section deals with how the sun-worshipping high elves have changed Spire’s native and old faiths.

The Gutter Cleric and Mortician Executioner add two new classes, and there are three new full-length adventures. The tradition of newspaper clippings to support the campaign continues with Sin, and the Kickstarter campaign includes the Zine “The Revolutionary’s Guide to Spire”.

A pledge of £15 will get you the Sin PDF, while £30, with shipping extra, the hardback as well.

Make that £40, and The Revolutionary’s Guide to Spire is added in as well.

If this campaign helps you discover Spire or the movement that finally persuades you to give the RPG a shot, then £60 will get you the Sin PDF and hardback along with the Spire hardback.

Higher pledges exist, including a £160 tier which gets you hard copies of everything published for the game since 2017.

The expected delivery date for Sin is December 2021.

SIN: A sourcebook for the Spire RPG about uncaring gods and corruption in a cursed city 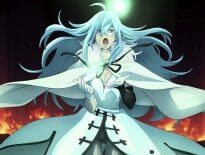 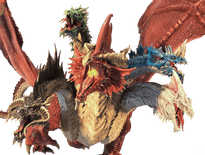