Legendary Adventures Epic 5e is a supplement to take characters and help DMs deal with beyond level 20. At a glance, you’ll see that it is intended for Dungeons & Dragons games or similar 5e-powered high fantasy.

The sourcebook is written by Mike Myler, who has also done a fine job on the layout and will be published by Legendary Adventures.

“Will be” being a crucial and presumptive point. Epic 5e is heading to Kickstarter. My copy, which I got free to review, is a nearly finished PDF. I see a few references to “[email protected]@”, but once those are tidied, I’d be happy to have this version of the book in my collection.

Notably, the thing to stress here is that this review is of a pre-launch product. It may change. However, if it does change, I can’t imagine it being anything other than tweaks and improvements up the quality scale.

Isn’t it also good that the product is in such a ready state even before the Kickstarter has launched?

I’ve titled this review “Need or want” as I think that’s the nub of the decision any backer faces with this Kickstarter.

Do you need character class rules and monsters to take your D&D nights beyond level 20? Your players don’t want to retire the party, and you’ve agreed to keep going. But how?

Epic 5e, depending on the final price tag, feels like a no-brainer. It’s a no-brainer if you already know and like Mike Myler’s work. There aren’t as many beyond level 20 sourcebooks in the DMs Guild as I expected.

Need a quality 5e supplement to take your heroes to new heights? Epic 5e it is.

“Need” is a strong word, though. How often will you go beyond level 20? If you do, will you need assistance, or have you got your DM skills up to a level where you can cope. Is your gaming world now so rich with its own mythos and house rules that it’s hard to fit a third-party book in?

I think this latter case will apply to most people. You don’t need level 21 to level 30 character class rules or monsters to challenge them. You might just want them, and given some options, you might well wonder if Epic 5e is for you.

A review of Epic 5e

So, let’s dig a bit deeper and see what the book offers. There are five sections, three of which are slim, and two make up most of the book.

The first section, Epic Gamemastery, is slim but very important. It’s here that you’ll find some pointers in how to steer the campaign once the characters get to these power levels.

I feel a bit for Mike here. There was no correct answer. A book like this didn’t dare risk skipping this section as some people will be buying or backing it just for the help it offers.

However, would offering up dozens of pages to the altar of content have added much value? Would much of it already be known by readers? Yeah, possibly. Might it not fit the game? Yeah, possibly.

For Legendary Games Epic 5e, the book takes the crunchy road, steers away from the risk of redundant RPG tips and heads on to the new rules.

For me, the character classes are the heart of the book. There’s no artificer and we stick to what you can find in the Players Handbook.

Epic 5e also renames some of these core classes. The Barbarian class becomes the Berserker, the Monk becomes the Adept and the Paladin the Herald.

Why? Well, the author says;

As this is an evolution of the ruleset, it would be absurd to not address other inherent problems with the game at the same time and changing these names is part of that process. Not everything can be fixed or is addressed in Legendary Adventures (looking at you, cleric and druid) but making an honest effort is the first step.

I’ve seen suggestions like this before and understand the logic. A wild warrior woman clad in bearskins and wielding a giant axe is… a Fighter. In D&D, the name “Barbarian” only applies when there’s Rage involved. Unless, of course, you are a sheltered city dweller who turns their nose up at the sight of such a warrior woman and dismisses her culture as barbaric and uncivilised.

Epic 5e does not try to say what these “inherent problems” are. I wish it did. Many other people won’t care.

The classes are treated similarly, which keeps it fair. As characters go beyond level 20, they grow in prestige and fame. A party of level 30 characters can absolutely go toe-to-toe with a diety, and the deities know it and treat these characters accordingly.

There are some nice other touches too. Travelling to another Plane of Existence keeps these characters immune to the environment’s damaging effects until they take some hostile action. I like this because, at these power levels, extra Planar travel is likely.

Characters at these levels get a second archetype and begin to develop its features and new abilities. Here are some of my favourites;

At level 25, the Berserker gets “Shattering Blows”, which means they can damage buildings with their attacks.

At level 29, the Cleric gets “Divine Resurgence”, in which they automatically return to life with 1 hit point if they died from an attack or spell that did less than 50 damage. The ability can’t be used again for a month.

Beginning at level 21, Druids are One With Nature and can swap four hours of Wild Shape to meld with natural terrain for 1 minute.

Up next is a slim section; Epic Feats. It’s lean, two-pages because it is kept general, and DMs can create fancy names and alternative forms if they want.

For example, Epic Defence offers a +1 bonus to AC and saving throws or Epic Resistance that provides resistance to one type of damage. The book doesn’t pad out by listing all the possible damage types as its own Feat.

The Legendary Bestiary is the other chunky section in the book.

Thoughtfully, the dynamic table of contents that lets me jump to where I need to be in the book includes these creatures’ CR. I can tell you that the toughest of these encounters is the Avatar of Chaos or the Avatar of Nature at CR 28.

No, there’s an even more challenging monster. There’s the World Turtle. I think this CR 30 Prachette joke is benign and should be left alone.

Besides, I saved the toughest for last. CR 35 Satan. Satan, according to these rules, is evil.

There are about 50 of these terrors, and they’re illustrated. I’ll admit it, I’m a sucker for checking out monster pictures. I don’t care how much damage Satan’s axe does but do I want to see what a Volcanic Elemental or a Megawolf looks like? You betcha!

The bestiary dips into mythology – Norse gods in particular, but as you’ve seen, with some Abramic entities as well – and legends in the form of Camelot for some of these rivals. It gets creative, too, with assassins from the future, or other planes, entirely new individuals (or new to me, anyway) like Rudis, as well as apocalypse level events such as the Swarm of Death.

If you need a big bad or even more mundane fights for your demi-god level heroes, then Epic 5e is a good resource.

The final section in the book is an item. Your characters can join with an Alien Symbiote. Just watch out, though, as it gets hungry.

If you’re into having a well-stocked library of D&D options (I use Notion to host and index mine) then I can see you wanting Legendary Adventures 5e in your collection.

Playing an Epic level one-shot? No homebrew or world baggage to bring with you? Epic 5e is especially tempting.

Perhaps the most significant change I’d make to the book is the cover. Take those characters off the foreground. Swap in any other full-page image from this nicely illustrated book.

Overall? If you’re reading the review or checking out the Kickstarter pitch, I suspect you’re already tempted. If you want crunchy character classes and lots of monsters, this is a 5e book for your collection.

My copy of Legendary Adventures Epic 5e was provided for review, and the review was written based on this early copy.

Need or want? A review of Legendary Adventures Epic 5e 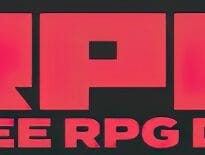 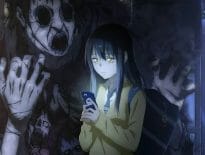