You are here: Home / TV / Anime / Mieruko-chan is a horror-comedy anime of grotesques

One of the things I like about anime, perhaps the main thing is that it can tell stories that would not work as live as a live-action TV show. Miyuki-chan, announced this week, may be such a show.

Mieruko-chan is a horror-comedy.

Here’s the premise; Miko develops the ability to see horrible apparitions that no one else came. This mysterious sight came out of the blue, and now Miko encounters grotesque horrors.

How does young Miko cope with this? She does her best to ignore them. She blanks them. In the anime, we’ll see how well she does at that.

The series is based on Tomoki Izumi’s manga, which saw its fifth volume published in Japan by Kadokawa.

Yen Press have the English language writes to the manga and sell it via Comixology, with the third series on pre-order. Here’s how they describe it;

Around the world, a phenomenon is observed where those whose mental stress reaches a peak transform into monsters called “Kaijin” and succumb to murderous impulses. Such supernatural events were completely unrelated to proud pervert Asuma Sudo, but after he transfers to an all-girls school while chasing the girl of his dreams, he discovers that the school was actually a front for an anti-Kaijin special agency!

No mention of Miko at all! However, on the Yen Press website, they describe series one;

A normal girl was living a normal life-until she wasn’t. One day, she could see…everything. What’s a girl to do when hideous monsters appear no matter which way she turns? And on top of that, nobody else can see them! Obviously, there’s only one thing that makes sense-ignore them. Kinda hard to put theory into practice, though, when the ghosts know she’s watching…

Mieruko-chan is a horror-comedy anime of grotesques 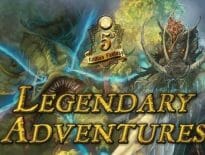 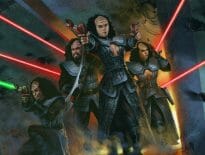