You are here: Home / Games / Tabletop & RPGs / Cryptids Inc is a modern-day D&D 5e setting (we’ve got their Tinder profiles)

Cryptids Inc is set in modern-day the United States of America, where most people don’t believe in monsters, yet they are real.

The D&D 5e-powered RPG introduces 7 new character classes suitable for the modern era and 20 cryptids. There are three weeks left to run on the campaign, aiming to raise over $7,000 to fund. You can check out the progress and join in from the pitch page.

The Jackson Lewis project has Lydia Van Hoy as the lead writer, Isaac May as the lead designer, and Jessica Marcrum, Hannah Schooner, Cassandra MacDonald and Robert Beverly as fellow designers and writers.

Cryptids Inc. is an all-new 5e Campaign setting that features Cryptids, Explosions, Mystery, and Explosions. Really, who doesn’t like that? The world is full of monsters and the ones who hunt them. Every myth, every folk tale, every urban legend is true and the rest of the world is none the wiser. It falls to a secret society of monster hunters, Cryptids Inc., to make sure that the shroud of normalcy never falls and that the monsters that would devour all of humanity given the chance are put down.

A pledge of $10 will get you a PDF copy of the setting, which will include your name. The writing team are putting together the world’s lore – the how of “why are cryptids here”? – and new mechanics to cover firearms.

Upping your pledge to $20 will get you a print-on-demand at-cost coupon too, which is suitable for both softcover and hardback.

You can top both those pledges up with an additional $5 to support the project if you want.

Higher tiers exist and will appeal if you want to work with the designers to make your own villain or cryptid.

No matter which tier you pick, the estimated delivery is not that far away; June 2021.

Jackson Lewis, the project’s coordinator, even supplied Geek Native with some imagined Tinder profiles for the cryptids – but I don’t think Cryptids Inc is that sort of game. 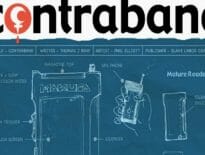