You are here: Home / Books / Comics / A potential future: A review of Contraband

Contraband is a graphic novel written by TJ Behe, who has a day job running a privacy-focused platform for building social networks, and illustrated by Phillip Elliott.

I found Contraband a troublesome book to read, and there are three reasons for that. However, that doesn’t mean Contraband was a bad read. I got to the end and thought, “Wow, so that happened”. It’s a story that made me think.

Let’s tackle why Contraband is challenging to read, as I suspect that’ll be the thing that most people talk about when they try and describe the graphic novel to others.

The first is the premises. Imagine an alternative timeline where social media has become so regulated or mooted that it has lost its lustre. It does not draw the attention it once did. Next, imagine the rise of dark social as a reaction to that.

The dark web is a fancy name for parts of the internet you need to know about before you can get there. That may be a website without a domain name and blocked to Googlebot, so unless you don’t the IP address it has today, you can’t visit. Your Discord and Telegram charts are dark webby too. If you visit Geek Native via a link shared via a Telegram (and there is a broadcast channel), then the blog’s analytics has no idea where you came from. You just appeared.

The idea of dark social rising to be more popular than regulated social media is compelling believable.

Contraband is the popular app of this dark social future. It’s the platform people go to see sensation content, discuss what they want and fleece the unwary. Then Contraband is hacked, and the hackers give control to whoever has the most followers.

I can’t even bring myself to ruminate on our tendency to put celebrities in positions of control.

Charlotte’s life is at stake. The plot in Contraband follows an attempt to rescue a mercenary who has been caught by someone using the app and running public votes to see what will happen to her next.

Cyberbullying, upskirts, fake news and the rest are explored in this story. It’s a 12+ telling, but these are weighty subjects.

This is the first reason why Contraband is a troublesome read. It’s a plausible dark future. It’s a warning from a writer whose job is to sell privacy. Suffice to say, it’s a heartfelt message. TJ Behe believes something like this could happen if we’re not careful and wants us to at least think about it.

As I said; Contraband made me think.

The second reason why Contraband is a challenging read is that it is told over different timelines. We scurry back and forth between action in London and Belgium, months apart, with cuts that aren’t always immediately noticeable.

There are timestamps, but it took me a while to train my reading eye to notice them first. It’s easy to get distracted by the clear and robust lines of Elliott’s pen.

The third reason is what sometimes threatens to obscure Phillip Elliott’s illustrations; the dialogue.

Contraband is a chatty comic book. People have a lot to say and use many words. I imagine the most challenging thing in converting a story into a comic book is cutting the dialogue down from sentences to phrases, and I wonder if that happened here.

I also wonder whether or not there were even edits after the panels were drawn. Sometimes the facial expressions, poses and mood of the panel don’t quite align with the text. Or perhaps that’s because there’s enough story-style text for me, as the reader, to superimpose my own imagined character reactions to what has just been said. You know, as if I was reading a story.

TJ Behe’s technical understanding shines in these dialogues too. It’s clear the author lives in this world and that Contraband is more than a quick research job.

So, the three reasons why Contraband is a challenging read are; it reminds us that we may well be heading into this dark future, there are repeated time-jumps and a lot to read.

This graphic novel demands your attention. If you try and skim, you’ll fall out, drop the plot and have to start the page again.

I’ve used the word “challenging” a lot here, but that’s because words like “bad” simply aren’t a good fit. It wasn’t even as if Contraband was a hard read; I read the entire book in a single sitting one late night in bed.

Let’s go back to Charlotte. She was a mercenary and out to cause State-sponsored trouble, a terrible but well-paying job. You can absolutely blame her fellow mercenary Tucker for her capture.

Looking for Charlotte is a young man called Toby, who we meet in Belgium.

It’s easier to say that Toby is Charlotte’s boyfriend, and he’s trying to save her. It’s true, but Contraband likes to throw wrinkles into any scenario that looks too pristine.

Throw in an activist group trying to destroy all of Contraband. Throw in, then toss aside a host of (sometimes) interesting characters. The story does not hold back.

I’m glad I stuck with Contraband, although there was never any risk in me putting the book down. Though, in fairness, I regret leaving it until late at night for my read. I like stories that make me reflect on what’s to come.

That said, I predict that not everyone will be the same. Like social media itself, I think Contraband will divide readers into three groups: those who embrace it, those that despise it and those who can’t see what all the fuss is about.

Contraband will be published by Markosia in April. My copy of the book was provided for review.

A potential future: A review of Contraband 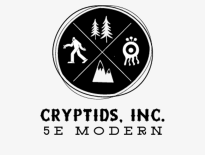 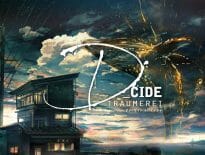