You are here: Home / Games / PC / The new D&D computer game comes from a surprising studio

Hidden Path Entertainment has confirmed that that they are working on a triple-A D&D computer game with Wizards of the Coast. That means it’ll be a big beast.

They won’t tell us any more and direct press inquiries to WotC.

Hidden Path is a surprising studio to be making a D&D game as it does not seem to fit with their usual style. Previously, the developers have made esport games like Counter-Strike: Global Offensive (which they made with Valve) and the wacky Racoon Lagoon. Hidden Path also did the HD remaster of Age of Empires 2. That strategy game design experience is also evident in Brass Tactics a full VR tabletop war game.

However, a D&D computer game coming later this year from the WotC-owned Tuque might change the model. Dark Alliance will be a third-person action game featuring the Drow Drizzt Do’Urden and allies.

Dark Fantasy might well be closer to this newly announced D&D game than any of Hidden Path’s previous strategy and wargames. The careers page for the studio is looking for a writer for the project and describes the game as a third-person, open-world fantasy.

Last year, Hasbro made it clear; the future of D&D is digital and the publisher is believed to be working on up to eight different games.

Reassuringly, the Hidden Path team does have D&D experience. The Narrative Director on the project, Whitney Beltran (aa Strix), has a writing credit for Van Richten’s Guide to Ravenloft, the newly announced D&D supplement.

Creative Commons credit: Storm Sorceress by captdiablo. You can buy this image as a print.

The new D&D computer game comes from a surprising studio 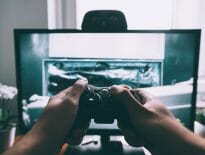 Geek Stuff Are these the most demanding computer game puzzles… 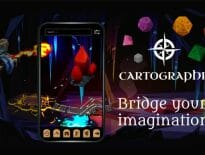