D. Vincent Baker might be best known for co-designing the hugely influential Apocalypse World, but years ago, he also made The Wizard’s Grimoire. It’s not well known. Now Kickstarter is giving the game a second chance of fame.

Kickstarter’s Zine Quest provides a second opportunity for the game in which you are an ambitious wizard trying to work with ag grimoire beyond your current skills. You can join in or just check out the current campaign total from the project page.

Zine Quest campaigns tend to be slightly shorter than most, and The Wizard’s Grimoire is no exception. At the time of writing, there are just 12 days left on the clock despite the project launching at the start of the week.

Baker says he’s still been writing for The Wizard’s Grimoire and has enough material to publish seven issues of the Zine. That’s the plan.

Each section of the Grimoire has its own set of rules and represents the wizard advancing their way through knowledge and understanding. Don’t read ahead.

The game is for two (perhaps three). One player, the wizard, knows the rules and is charged with keeping the other player in the loop.

In this way, the game upends the normal player-GM relationship. Instead of a GM saying, “hey, I have this game I’d like to run, who’s in?” you say, “hey, I’m trying to get my wizard through this spellbook, do you have a minute?”

The game uses a dice pool version of Powered by the Apocalypse moves.

A pledge of $15 will get you the PDF of the game and a plain text version as well as The Wizard’s Grimoire: Downloads.

Stepping up to $20 adds in a print version of The Wizard’s Grimoire Zine and requires shipping.

It’s worth noting that if you already support Baker via the lumpley games Patreon then you’re already due a digital copy of the game. 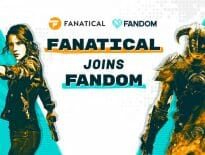 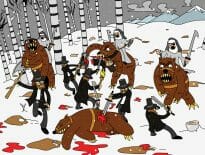