It hardly feels like four years since Geek Native covered the first Far Away Land RPG on Kickstarter. That campaign was a success and now, back five times as strong, the updated version is smashing funding goals. You can follow the progress on the Campaign page.

At the time of writing Far Away Land Tabletop Role-Playing Game still has 26 days to raise the US$1,500 that Simian Circle Games are asking for. From 66 backers they’ve already got $5,804. Why so much? The backers are going high. This is a good sign and suggests the original backers of the RPG really enjoyed it and want more. In fact, the top tier asks for $200 and is one of the most popular options!

That top tier gets you 5 hardcover books. The fact that there are five books going in this Kickstarter is the other reason why gamers are throwing money into this campaign. They want all the books. There’s a catch, though, Simian Circle Games are a small company and they’re keeping it real – shipping for some of paper products is only to the United States. If you’re not in the US (considered International by this publisher) but DriveThruRPG can ship to your then there is a US$115 option which will give you a cost code to buy the books on print on demand. It’s not as attractive but it’s better than nothing.

Far Away Land is described as a gonzo and bizzaro RPG. It certainly feels like one with quirky art and adventures that deal with nuns riding bears to do battle with Abraham Lincoln clones and floating heads that shoot lasers and speak dubstep. 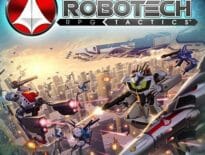 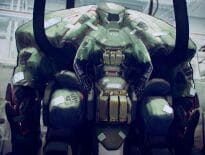