You are here: Home / Games / Tabletop & RPGs / Lex Arcana: The legions march on Kickstarter with “Dacia and Thracia” and “Italia”

If one way to judge whether a Kickstarted game has been a success is to look at the popularity of the next campaign, the crowdfunder for the first supplement, Lex Arcana is doing well.

Quality Games’ second campaign is for two books; “Dacia and Thracia” and “Italia” and the target was a hefty €20,000. Consider that target conquered as with two weeks left to run, the campaign has taken in more €50,000.

The early bird deals are, at the time of writing, still open and you can pledge from the project page.

Geek Native has a brief preview of “Dacia and Thracia” and “Italia”, but in essence, these two sourcebooks cover events on the outskirts of the “core Roman empire” and in the heart.

In Lex Arcana, magic prophecy stopped the empire from falling, and player characters are specially trained agents savvy in the way of magic who investigate supernatural occurrences.

Francesco Nepitello currently has a burning hot with The One Ring 2e but this is what he has to say about Lex Arcana 2e.

To get both books in hardcover and PDF, complete with PDF and print stretch goals then pledge €60. If you’re quick enough, there’s an enhanced €60 tier that includes a printed deck of monsters.

Higher tiers are available and add print copies of the maps, those printed monster cards and the additional books available from the first campaign.

Stretch goals include books for Scythia as well as more art and cards.

The estimated delivery for all deals is December 2021.

Lex Arcana: The legions march on Kickstarter with “Dacia and Thracia” and “Italia” 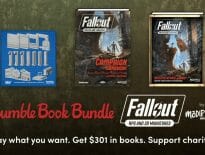 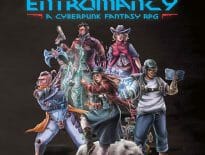