You are here: Home / Books / Dragonlance leak comes weeks after a legal truce

Last year the Dragonlance authors Margaret Weis and Tracy Hickman took Wizards of the Court to court over the games company refusal to sign off any drafts on the trilogy of books they had previously approved.

The result, argued by the authors, was that the agreement to allow the books was illegal being blocked.

The conflict was resolved quietly in December in an out of court agreement. Margaret Weis predicted exciting news.

Now, Amazon UK has leaked a previously unannounced book (or perhaps the first book of the previously blocked trilogy). Right now, it’s simply called Dragonlance 1 and it’s expected to be released on the 29th of July.

Weis hasn’t tweeted anything about this Dragonlance book appearing on Amazon, so we’re left to speculate.

Wizards of the Coast are expected to announce a new Dungeons & Dragons book tomorrow. It may not seem likely, but the book may be a Dragonlance setting book.

The D&D publisher has previously said they’re working to bring three old D&D settings to the 5th edition. Dragonlance would surely have been a strong contender had it not been for that brief but aggressive legal clash earlier in the year.

Dragonlance 1 is described by Amazon as a 304 page book with the ISBN-13 number of 978-1529101522. The trilogy that WotC was allegedly blocking was to be published by Penguin Random House, but this book will be published by Del Rey.

Interestingly, Amazon has also filed the book in its RPG & Wargames section. Amazon’s categorisation of items is often, er, imaginative though. 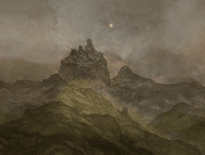 Tabletop & RPGs Post-apocalyptic fantasy Out of Ashes rises on Kic… 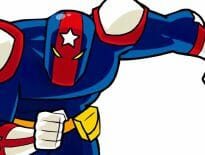