You are here: Home / Games / Tabletop & RPGs / Shadowrun RPG gets Collapsing Now as a Q1 release

The supplement is due out in Q1 of 2021 and contains encounters with ten different groups of NPC runners.

The retailer Philibert already has a listing for the book and says;

Collapsing Now details ten organizations poised to make an impact on the ever-shifting structures of the Sixth World – ten organizations shadowrunners could encounter. Maybe they’ll be helpful, maybe harmful, maybe both, but whatever the case, runners need to know what they’re about. Because the last thing a good runner ever wants to be is surprised.

The hardcover will include guidelines on how to trailer these NPC groups to fit your campaign and the characters in it. It’s expected to cost $44.99.

Shadowrun RPG gets Collapsing Now as a Q1 release 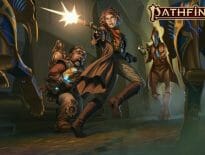 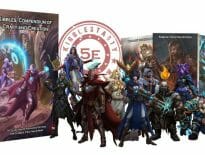