You are here: Home / Games / Tabletop & RPGs / (Probably) the most cliche character names in D&D

How easy do you find it coming up with names for your D&D character on NPCs? Some people struggle and turn to trusty old favourites. There’s a chance, then, that your favourite character has one of the most cliche names in the game.

The team at D&D Beyond, the online store of characters, often share stats in their Twitch streams and the fantastic Sage Advice is there to capture the presentation and share it with the hobby. As a result, we can see what the most popular names of characters playing their way through Xanathar’s Guide to Everything are.

There’s a Game of Thrones vibe.

How does that look as a percentage? Let’s do the math. It turns out that out of the most popular names in the game, nearly 10% of people just called their character ‘Bob’. An even greater percentage simply use their class name (Bard, Cleric) instead of actual name.

It looks like you took the image from this artist, you should really give them credit https://www.deviantart.com/ncorva/art/DnD-Party-Portrait-774734559

Hello Ryan! Ignacio Corva is fully credited on the post – at the footer, in the credits, with a link back to the very same URL as you’ve shared. Corva is also credited in the image itself with the alt attribute.

(Probably) the most cliche character names in D&D 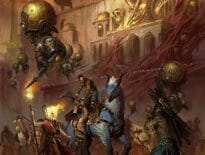 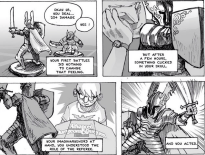