You are here: Home / Games / Tabletop & RPGs / Free to Download: Stone the Crows

Grant Howitt’s latest one-page RPG, delivered thanks to his Patreon backers, is about birds plotting to steal the Crown Jewels from the Tower of London.

Grant says it’s been a while since he has shared an animal crime game, and this might be his last one. Honey Heist, in which you are a bear plotting to steal some honey, is one of his especially well-known RPGs.

Stone the Crows is done in the style of a Guy Ritchie film and characters have a Corvid Type and a Skill. There are;

No women in the cast list? Howitt noticed that too and wondered whether Ritchie’s cameras might explode if they film a woman for too long. The game designer suggests female alternatives for each role.

The game rules make use of a pack of cards, drawing from them to resolve challenges.

Sites Top 10: D&D Beyond had a record-setting Cyber… 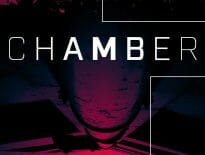