The expanion is due out in March 2021 but can be pre-ordered today from the game publishers website.

Alien: Colonial Marines Operations Manual includes information on the history of the organisation in the dark future of the Alien universe.

The RPG supplement also contains expanded rules for making marines and all sorts of grunts. It adds new weapons and vehicles, which are brought to life through Free League’s renowned illustration talents.

There’s the lowdown on the Frontier War that includes the framework and backstory for the Colonial Marines campaign, with factions and their agendas.

Five missions are also included, which can be played in any order, along with a deadly showdown against a deadly enemy.

Armor piercing rounds sizzle through your defenses. Acrid smoke chokes you. Chemical attacks melt your armor, while bioweapons turn your insides out. It’s a living hell—but none of that’s as bad as the flashes of gnashing metal teeth that terrorize you every time you try to close your eyes. Welcome to war on the razor edge of space, marine. 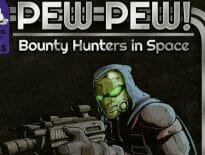 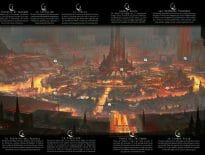