I have received 10 different Word documents that will become the Scarred Lands 5e mega-adventure known as Dead Man’s Rust from Onyx Path Publishing.

If you back the project, then you get access to manuscript preview updates. Let me begin by telling you what I liked about Dead Man’s Rust.

First off, let’s acknowledge the scale of the project. Onyx Path uses the phrase “mega-adventure” and even if there’s an OGL, a credits file, an appendix and introduction in my bundle of files that still leaves six whole documents for the layout team to turn into a book.

Adventures, I think, tend to come in on the thin side by OPP estimate 180 full-colour pages for this one. That’s enough content to get characters from level 1 to level 10.

Dead Man’s Rust is a mega-adventure and a triumph of the Scarred Lands dark fantasy setting.

I’m keen to avoid spoilers but the second strength of the campaign to acknowledge is how it goes for the jugular.

It’s relatively straight-forward to get the PCs involved in the events of Dead Man’s Rust. As you’d expect, the scenario begins with a hook and it’s suitable for low-level characters. If you’ve already had a few sessions in the Scarred Lands then that’s no problem, it’s just as easy to take explorers with a few levels under the belt and weave them into the drama.

Once characters are involved, then the events chain together like gears in some mad scientist’s invention clunking into place and beginning their relentless grind. I like this as an approach to running an adventure as it means characters can linger in an area, dig up every clue and arrive forewarned but perhaps short of time in the next location or skirt through an area only to get hit in early by the unfolding events there.

In this fantasy setting, the rotting corpses of the defeated Titans have corrupted the world. The oozing blood as turned animals into monsters and rendered whole areas as dangerous blights. And yet, this is the aftermath of a war that the gods and mortal allies won.

Just as the Scarred Lands as a whole is a setting that explores whether humanity and allied races can claw back from the brink, Dead Man’s Rust is a manifestation of that brink and a reminder of why the world needs heroes to survive.

But, and here’s the flip, if I had one criticism of Dead Man’s Rust it is that it feels a by-the-book Scarred Lands adventure. It’s expertly put together, but I suspect your players will grasp the meta-plot way before their characters do, just because they know the tropes. I think some action scenes will leave players impressed, but I don’t believe the story as a whole is a “Woah” reveal.

Now, as it happens, this might not be much of a criticism. There’s a lot to be said for keeping the overarching plot as easy to understand as possible as 19 times out 20 the player characters will generate plenty of confusion themselves, get bogged down in and misattribute the importance of barely consequential details.

What I’m most nervous about is tackling the important elements of layout and ease of use when it comes to reviewing Dead Man’s Rust. All I have is the approved draft and the notes (table here please) that go with it.

Dead Man’s Rust is punchy. You won’t get lost. I had no trouble navigating as 10 separate Word documents. Imagine what professional formating and combining into a single book will do for it?

I think it’s worth calling out that there’s more than just scenario in Dead Man’s Rust. There are four locations to explore;

The Scarred Land is a setting that’s being brought to life via its locations. The world-building, as far as we the public know, started in Ghelspad and all four of these locations belong here.

More recently, with the Frostlands of Fenrilik the map zoomed out a little and community content from third-party publishers can now cover this additional region. However, it feels appropriate that this mega-adventure is set in the “more familiar” Ghelspad area.

Now, I consider that a good thing. I know the arguments against it; that’s inconvenient having canon Scarred Lands character options squirrelled away in an adventure rather than a rulebook.

My counter-argument is that as much as we might like to collect our favourite RPGs we don’t need to have all the options. Remember when you felt the need to have the very latest smartphone mobile?

More importantly, Onyx Path approved playable races and subclasses are precisely why Dead Man’s Rust is a purchase consideration for some DMs. This is an adventure, a mega-adventure, that can take a firmer hand in shaping the Scarred Lands in ways that will be compatible with future books, future direction than any homebrew surprises the players had not considered before.

On a similar note, the book also introduces new monsters and magic items. Once again, these are explicitly balanced by the Onyx Path team and may therefore be far more reassuring to DMs (and players) than some scary homebrew horror.

At the time of writing, there are 22-days still on the Kickstarter campaign, and it takes a pledge of $5 to get into the manuscript updates and secure your place in the post-campaign pledge manager.

Post-campaign pledge managers are there for the cautious or those managing holiday seasonal shopping budgets; they let you grab goodies from the Kickstarter, after the fact, but at Kickstarter prices.

A PDF and print-on-demand coupon is added to the rewards at $25.

Onyx Path frequently has the goal of doing, at least one, traditional print run of a hardback book. That’s true of Dead Man’s Rust, and that reward manifests at the $55 “Hero of Hornsaw” level.

You can find more information about the campaign on Kickstarter.

My preview copy of Dead Man’s Rust in pre-production form was provided for free to facilitate a review. 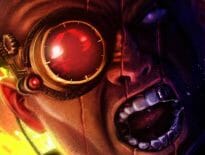 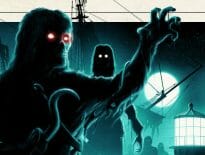 Art John Carpenter prints to get A2 revision
wpDiscuzComment Author Info
Manage Cookie Consent
This site uses cookies 🍪, and links are ads that may earn bloggers some money 💰, and with this alert, I very much hope that these dark truths 🧌 are acknowledged.
Manage options Manage services Manage vendors Read more about these purposes
Preferences
{title} {title} {title}
Loading Comments...