You are here: Home / Geek Stuff / Art / John Carpenter prints to get A2 revision

Way back in September 2018 Geek Native covered the story of some John Carpenter classics getting a 4K release and Matt Ferguson being commissioned to design some new posters for the classic.

Two years later and Vice Press are still getting asked about those designs and, in particular, whether a smaller format is coming.

Tuesday the 1st of December sees a new release of these prints revisited as A2 Vice Press Editions.

You’ll be able to get these John Carpenter goodies from Vice Press from Tuesday and you may need to be quick.

For fans, there’s also going to be an Open Channel YouTube live show at 8pm GMT on Monday the 30th of December hosted by Tom Luther of Drop, Matt Ferguson and James Henshaw of Vice Press who’ll be joined by Florey to discuss the work of Carpenter.

John Carpenter prints to get A2 revision 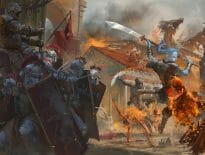 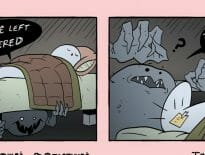 Comics Comic: Your designated monster
wpDiscuzComment Author Info
Manage Cookie Consent
This site uses cookies 🍪, and links are ads that may earn bloggers some money 💰, and with this alert, I very much hope that these dark truths 🧌 are acknowledged.
Manage options Manage services Manage vendors Read more about these purposes
Preferences
{title} {title} {title}
Loading Comments...