You are here: Home / Games / Tabletop & RPGs / Become a living weapon and fight to save a dying world: Asunder’s dark fantasy RPG

Adam Lawson, the co-designer of board game Escape the Night and director of Wil Wheaton’s TableTop, Spellslingers and Sagas of Sundry has a dark fantasy RPG going well on Kickstarter.

Asunder is a world without metal, humanity has shaped plants into weapons, been shaped by the sea into something more deadly and by the insects and animals. But Gaia is dying, the fungal infected dead are rising from their graves in plagues. The campaign as four weeks left to run, asked for $35,000, already has more than $50,000 pledged and you can join in at the pitch page.

In Asunder, it’s a divine Essence inside humans that allows them to bond with elements of the world, but something is wrong, changed. Gaia is supposed to be the source of life but has started to devour the land.

Players are Seekers in the game, those who have seen that unless something is done that the end times will begin.

The Seeker’s Guide is one of two books the Kickstarter campaign will fund. The second, The Keeper’s Tome, is another 8.5″ x 11″ hardcover with a gloss finish.

The first reward tier for Asunder starts at $40 (about £30) which gets you the PDF of both books and the Asunder novel “A Gathering of Chaos” in ePub form.

If you’re only going to play and prefer hardback when the $50 tier will get you The Seeker’s Guide and novel in digital and paper.

You can get both sourcebooks in paper and digital for $90, however, the majority of backers are going for the $115 tier which adds back in A Gathering of Chaos, custom dice, a Keeper’s Screen and all stretch goals.

A free to download 48-page Quick Start guide is available and shows off a professional layout and amazing art.

Become a living weapon and fight to save a dying world: Asunder’s dark fantasy RPG 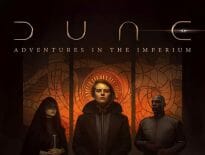 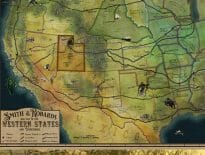