Ex Stasis Games’ first product Caverns of the Wise Minister is now on Kickstarter, and there are some early bird options left. Be quick.

Created by Cat Evans and Liz Gist, this first of the Dreadful Realms books takes D&D 5e into a dangerous city called Sepulchre, deep in the Underworld and ruled by an ancient being. You can check out more or pledge at the campaign page.

The first 50 PDF and 50 Print pledges get a free 15-minute atmospheric soundtrack and, at the time of writing, you can still qualify for that.

Geek Native had a chance to talk to Cat and Liz before the Kickstarter went live and asked what is a ‘dark 5e’ setting? In this case, it’s not an analogue for ‘adult’.

Instead, the setting explores four themes;

Along with the D&D dark setting of the mysterious city of Sepulchre, there’s an adventure from the ENnie-nominated Jessica Marcrum (Book of Seasons, Uncaged, Age of Sigmar: Soulbound).

You read the first Level 0 part of that adventure for free.

Assume you miss the early bird deals, then you’re looking at £12 for a PDF copy (screen-reader friendly) or £20 for a softcover. The digital edition has an estimated delivery date of May and the softcover for September 2021.

Pledges go higher if you want to create a location, monster or an NPC.

Add-ons include STL files for 3d-printing your own Dreadful Realms miniatures, dice bags, a Seal of the Wise Minister pin and also some very shiny dice. 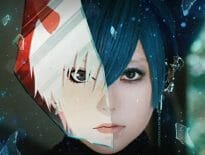 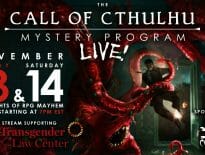 Online Shows Friday the 13th: The attack of the RPG charity eve…
wpDiscuzComment Author Info
Manage Cookie Consent
This site uses cookies 🍪, and links are ads that may earn bloggers some money 💰, and with this alert, I very much hope that these dark truths 🧌 are acknowledged.
Manage options Manage services Manage vendors Read more about these purposes
Preferences
{title} {title} {title}
Loading Comments...