The dark fantasy D&D 5e setting is the creation of Cat Evans and Liz Gist, industry vets with experience with writing for companies like Cubicle 7, Onyx Path Publishing and the Adventurers League. Cat has penned best selling DMs Guild products like Eat the Rich! and Masks of Theros.

Geek Native had the chance to ask some questions about Dreadful Realms: Caverns of the Wise Minister before it went live to Liz and Cat.

Does D&D do dark very easily? Isn’t it geared towards high fantasy, encouraging bravery and cinematics by giving PCs lots of reasons to be optimistic?

We’re big fans of Symbaroum, Mork Borg, Blades in the Dark and other specialised dark fantasy systems but classics like Curse of Strahd and the entire Dark Sun setting show it’s a genre that can work brilliantly in D&D.

The key elements in those examples are that people are terrible, and there’s almost no way out. Those truths are also at the heart of Dreadful Realms. The characters are trapped in a realm halfway between life and death, where those in power unknowingly serve the apocalyptic ambition of a creature older than gods. The characters can, and probably will, solve some obvious problems, but they’ll leave a trail of enemies behind them because powerful people resist change. To return to the Curse of Strahd example, if you kill the vampire, Barovia doesn’t suddenly become a happy place. There are a dozen other horrible, powerful entities ready to capitalise on the power vacuum.

What’s really ‘dark’ about most dark fantasy is that six plucky heroes can’t change the world: there are too many problems, too entangled, and that’s what you’ll find in Dreadful Realms.

Have you suggested any changes that might help DMs run a dark fantasy campaign more easily?

Several, actually. We’ve set some key themes that crop up again and again in the setting, and are there to make sure storylines tip towards dark: themes of self-deception, corruption, and oppressive, surveillance-like connection.

There’s a lot of telepathy, to the point that privacy is hard to come by. It creates a lot of tension and paranoia, and also insider and outsider statuses. Meanwhile, every character and faction has a set of beliefs that conflict and cannot be simultaneously true. When you can’t be sure you ever know the truth of a situation, it’s hard to maintain that heroic righteousness.

We’ve also tweaked some of the mechanics, most importantly that death in our Underworld is final. If you’re not revived immediately, you’re gone. Make one serious misstep in the dark, and your cause is lost.

There does seem to be a bit of an appetite for dark fantasy right now. Have you noticed that? If so; why do you think that is?

We think there’s always an appetite for dark fantasy. It’s never really out of fashion in video games and TV series. Especially when the real world is dark, as it is now, sometimes it’s more satisfying and meaningful to play an RPG where you create points of light in the darkness, and where victories and moments of levity mean more for being a contrast to the prevailing darkness.

Obviously dark fantasy isn’t for everyone and we would never say it’s superior to other genres, but we do think achieving a small, meaningful victory against the darkness can feel incredibly cathartic.

Does dark mean mature? If Dreadful Realms: Caverns of the Wise Minister is an adult game, then how do you handle that responsibly?

Yes and no. It’s mature in the sense that people can be terrible, bad things happen, and there are some spooky, creepy, maybe even scary horror elements in there. It works best when everyone in the group agrees to engage with the themes and mood of the setting and we strongly suggest discussing those with your group upfront: there’s only so much a setting designer can do, because what is safe and fun for one group will not be for another.

There are elements of mind control (though it probably won’t be happening to player characters) and because lies and self-deception are a core theme there’s a real risk of players feeling betrayed and lied to, or even gaslighted. That’s the biggest element to tread carefully around but it’s easier to combat than you might think: getting player buy-in upfront is a very powerful tool, but if your players aren’t on board there are NPCs you can trust, and whom the DM can use to create a bit more certainty, such as an exiled merfolk sage who can serve as a mentor and guide.

On the other hand, Dreadful Realms is not “mature” in some of the traditional meanings of the word. You won’t, for example, find bigotry, sexual assault, slavery or torture in the setting. These are things that DMs can add if they (and their entire group) want them and know how to play safely with them. You don’t actually need these things to make a game dark. They’re cheap shocks.

You can register for a Dreadful Realms notification at Kickstarter. 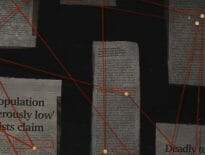 Geek Stuff Creepy Pasta Salad: Preparing for the end of the w… 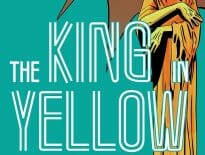 Comics Classic horror as SelfMadeHero celebrates The King…
wpDiscuzComment Author Info
Manage Cookie Consent
This site uses cookies 🍪, and links are ads that may earn bloggers some money 💰, and with this alert, I very much hope that these dark truths 🧌 are acknowledged.
Manage options Manage services Manage vendors Read more about these purposes
Preferences
{title} {title} {title}
Loading Comments...