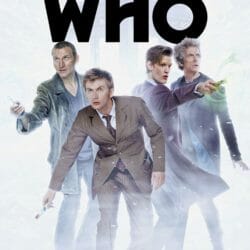 Doctor Who: The Lost Dimension is a new cross-over of Timelord action. The Doctors have to unite as the Void, that empty space between universes, has somehow developed a fearsome hunger! This is the series that has the return of Jenny, the Doctor’s daughter, who has an urgent message for the Twelfth Doctor, Bill and […]