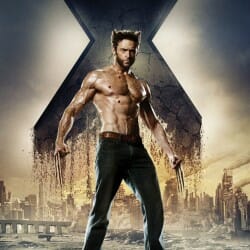 It’s nearly here and 20th Century Fox have released what might be the final batch of promo material for X-Men: Days of Future Past. There’s 23 of these character art portraits and they show a mix of the main characters of the present and future as well as some Sentinel forms. Can you name all […] 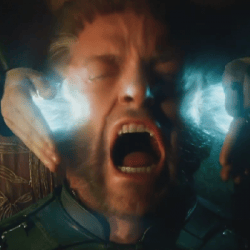 Frustrated that most of the X-Men: Days of Future past trailers that hit the web yesterday were locked to geographic locations? Here in the UK we couldn’t watch most of the uploads. There is good news though – 20th Century Fox UK have an official copy. It shows a future in which geo-tarding of YouTube […] 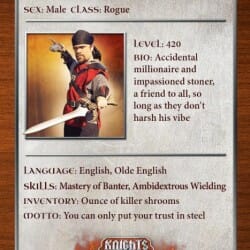 Knights of Badassdom is a LARP movie. It’s about a LARP that goes wrong. Wrong as in accidently summoning a succubus, wrong. We’re talking Peter Dinklage and Summer Glau. I’m not sure this is a movie that portrays LARP in a good light. We’ll have to see. After very many delays we do now have […] 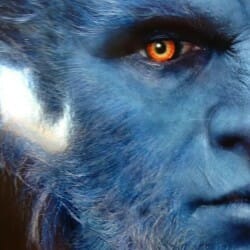 This is the picture that director Bryan Singer teased via Twitter. The character is Beast, played again by Nicholas Hoult, but blue and furry who’ll appear in the next X-Men movie Days of Future Past. This is going to be a big movie and cast that includes Hugh Jackman, Ian McKellen, Patrick Stewart, James McAvoy, […] 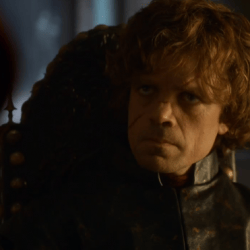 This extended version of the Game of Thrones trailer is about 20 seconds longer than the original. The song featured in the trailer is “Bones” by MS MR. The series starts again on HBO in the States on March 31st, it’ll cross the pond and air on Sky Atlantic a day after. That means it’ll […]

LARPers accidently summon a succubus. I really hope this is a laugh with the LARPers rather than laugh at the LARPers movie. Okay, sure, given it’s style I think we’ll be laughing at some of the quirky characters.. but, gosh, let’s see how this one plays out. Peter Dinklage (Tyrion Lannister in Game of Thrones, […]

This may well be one of the best trailers to come out of Comic-Con this year. We have the LARP movie – Knights of Badassdom. Names include Peter Dinklage, Summer Glau and Ryan Kwanten. I suspect this movie will have a degree of “laugh at the LARPer” to it but it will be mainly be […] 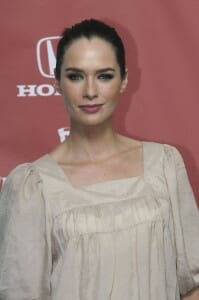