I liked the look of The Alhami Sky when it hit Kickstarter last August. It was, however, an ambitious multimedia project trying to get cut through on a crowdfunding platform brimming with great 5e settings.

Bonefire Productions saw the writing on the wall and didn’t let the Kickstarter campaign linger. The project was cancelled. It’s back now, leaner, neater and with a far more modest CA$4,500 goal. At the time of writing, there are more three weeks on the clock, and about 75% of the target pledged. You can check the progress at the campaign page.

The concept for The Alhami Sky is pretty cool. The relaunch keeps the focus of the setting firmly on the horror of the ground. Although I suppose it’s still possible to get up to buccaneering in the sky above.

The red mist is the magical apocalypse that ruined the world, forcing people in the sky above, but it’s not done and after all these years is working on an evil plan.

A PDF book, a digital soundtrack and a credit in the RPG is yours for CA$25 (which is about £15). That’s not expensive at all.

The digital edition has an estimated delivery of May 2021 and the hardcover a little later in June 2021.

The relaunch includes the Hemorac subclass that the original promised—a fighter who uses blood to power their mission. Everything bleeds.

Also included in the core rules is a series of encounters, scenarios and adventures for characters level 1 to 10. There’s also an optional introductory adventure designed to speed PCs into their subclasses.

The book contains new monsters suitable for the skies and the red mist haunted grounds of the world below. There’s a full pantheon of gods and demons suitable for Alham and expanded player options with races, skills and feats. 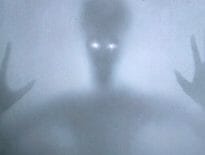 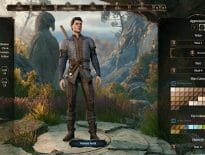