You are here: Home / Games / Tabletop & RPGs / The RPG Worlds Without Number smashes through the $100,000 mark on Kickstarter

It’s not common for RPGs to hit the $100,000 mark on Kickstarter, although it happens.

As with Stars Without Number, there will be a free version of this OSR-branded game. The Kickstarter’s primary goal is to produce a Smyth sewn, full-colour offset print edition.

True to form Crawford, will pay all the illustrators enough to secure all the rights to every image featured and them give the art away; even for commercial use.

Worlds Without Number is a fantasy RPG set on the Latter Earth, a realm of time-lost sorcery, savage foes and barbaric splendour. Characters in the game will wield magic they don’t fully understand, the secrets lost eras before, and at times they’ll have to use it to defeat the remains of ancient alien overlords.

The stars gutter and the skies fade and the earth grows weary with years. Ages of men and of Outsiders have ascended and been forgotten, and only the bones of their cities and the dust of their dreams remain upon this tired world. The Legacy of their laws is woven deep now, the edicts of dead gods and fallen sorcerer-kings made to trace patterns of power we no longer understand. We are heirs to their unseen empires, and our lives are built upon their ashes.

Sine Nomine Publishing has provided a generous preview of the game as it stands now.

A $20 pledge will get you both a PDF copy of the game and a PDF of the GM Screen and $5 more will get you an at-cost print-on-demand coupon code.

The offset print book only becomes available at $80 or more. At that tier, your pledge will get you the PDF, your name in the credits, the print book and the GM screen. At the time of writing, nearly 1000 backers have gone in at that level.

The RPG Worlds Without Number smashes through the $100,000 mark on Kickstarter 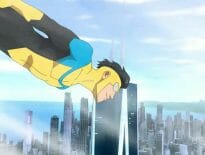