You are here: Home / Games / Tabletop & RPGs / Under Hill, By Water: An OSR game about turnip contests

Under Hill, By Water is an OSR(ish) game by Rise Up Comus that’s true Tolkien.

Well, Rise Up Comus has a suggestion and while I concede there’s plenty of room for interpretation, I think this particular take works well for me.

Tolkien’s image of the Shire is populated by little British gentry stereotypes who enjoy keeping cosy underground homes cleans, gossiping, baking and having the occasional goat to chase out of the garden.

The idea of Hobbits deciding to raid a dungeon and face death just to collect some gold coins is pretty farfetched when it comes to that vision.

Rise Up Comus gives some examples of what might happen in Under Hill, By Water instead.

The goal is a simple and enjoyably silly game.

In the first chapter, Under Hill, By Water takes players through the process of creating a tiny little gentle person. It also takes GMs through the steps needed to create home villages for these characters.

Chapter two adds rules for wandering around the surrounding countryside and occasionally getting into mischief. You know; stealing some apples, or meeting a stranger and other dramas like that. At the end of the day, though, you’re back at your hearth and warming up.

The last chapter gets into the flow of the seasons as they pass through the little village and random events that might disrupt this pastoral life.

The game has been out for about a week and one comment thread already. The thread begins;

I am absolutely in love with this game. Are there any plans to do a print on demand version or is one already available?

Under Hill, By Water: An OSR game about turnip contests 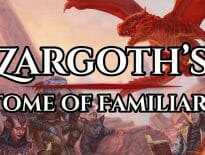 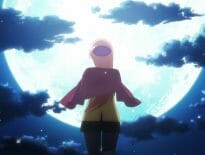