Irregular Reconnaissance as the name implies is a bit of an irregular column, it comes out when it comes out. There are some conventions though; which this article breaks.

The goal is usually to check in on an anime and see if it’s worth sticking with and to do this there have traditionally been at least three episodes of the anime to review. That does not happen here.

Crunchyroll has just opened its winter season, and there’s a whole batch of shows we’ve been tracking. So, unusually, we’re going to look at the first impressions of five shows.

However, as usual, spoilers are avoided, and your own mini-reviews for the comment section below are very welcome. How do you rate these? What else should people be watching?

Billed as an occult horror, the first episode of Jujutsu Kaisen comes across as more of an action anime.

Our hero seems like a nice guy. We were told he’s an average school kid except remarkably strong. His strength and all-round fitness are highlighted dramatically, and (conjecture) it must indeed become part of the story. There must be some background there.

We might even get into Demon Slayer style territory given that Curses need to be used to fight Curses.

My concern about Yashahime: Princess Half-Demon was that I did not finish Inuyasha, and this is the sequel.

That’s not to say I didn’t like Inuyasha. Showing my age here, I watched almost all of Inuyasha on YouTube, on a clunky laptop, in a poky two-room apartment under the stairs of a crumbling Scottish apartment block in the shadow of an extinct volcano. Then copyright came to YouTube, and the series vanished.

As it happens, the question of “Do you need to know the original” seems to have been on the writer’s mind. Thankfully. Most of the episode one is a look back at the characters living after the events of Inuyasha as a (re)introduction for them.

It works. We know very little about any Princess Half-Demon at this point, but a bit more about demons in an enjoyable fantasy romp.

Tonikawa: Over The Moon For You

We were told that Tonikawa was a romantic comedy about a guy who asks a pretty girl out on a date, on a whim, love at first sight. She agrees, but only if they get married. The next time we see her, it’s the guy’s 18th birthday, and she’s got the marriage paperwork ready to go.

I guess that’s right; except we’re yet to see much comedy.

Tsukasa, the woman, comes across as almost supernatural in the initial encounter. There’s no comedy, there’s an injury that might people wince; although I suppose it’s there in the deadpan humour style.

Amazingly, neither Tsukasa nor Nasa (the guy) comes across as idiots. Really.

Nasa is clearly in love with Tsukasa. His life changes after that fateful encounter, and he seems incomplete. It was great when the doorbell rang.

I’m Standing on a Million Lives

We knew that I’m Standing on a Million Lives was about a guy and some classmates finding themselves a magical game world and needing to beat it.

I thought the classmates were caught up by accident. It’s more complicated than that.

There’s an Attack on Titan scene that’s somewhat about of the blue. There’s also a Re:Zero scene that’s cleverly foreshadowed. However, with those two exceptions, this anime keeps its dark potential under wraps until the final scene.

As a result, I’m not entirely sure what the tone of I’m Standing on a Million Lives will be. I do know that it’s a hugely competitive genre and it’ll have to work hard to stand out.

I’m unsure whether the scene with the “Gamemaster” character had subtitles cropped in error or whether the half-completed avatar is supposed to be talking like that.

The discussion about Iwakakeru based on the trailers was which camp the show would fall into. It could just be an excuse to contort Lyrica clad women into poses. Or, it could be a show young women achieving things.

Based on the first episode; it’s the latter, the better camp. Kasahara, the hero, is an ex-gamer who is looking for something to do. Her gaming background is essential as it means the anime can show game-like visualisations of solving the climbing puzzles for the audience.

Now, that’s not to say there aren’t young women with all the curves in tight sports clothes. The camera angle does sometimes shoot from almost directly below or above, but it’s not the focus. In fact, showing the stretches and physical challenges actually seems to be more important.

So, Iwakakeru might be the first sports anime that makes my roster. I’m giving it an “average” rank, but I think it could climb up or down in just a few shows.

That’s it for this first impressions episode of Irregular Reconnaissance. My money is on Jujutsu Kaisen being the hit of the season. Do you agree? 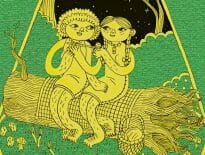 Tabletop & RPGs Under Hill, By Water: An OSR game about turnip con… 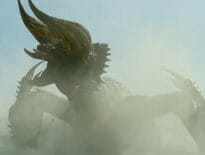