The Dissonance Domain: A Cleric Subclass is a DMs Guild supplement from Jon Allen.

The download introduces a Cleric Subclass of Alternative Facts but has some restrictions. To qualify for the Dissonance Domain, Clerics must offer all-out dedication to a fey, abyssal, or demonic entity that distorts reality to sew chaos.

Examples of such entities in D&D mythology are the likes of Cyric, Leira, Tymora or Zuggtmoy. Followers of dissonance are devotees who travel the land, using their magic to push back against logic and order regardless of the consequences.

The Dissonance Domain cleric, who want to make Avernus great again, is just the teaser from a much larger compendium of subclasses that Allen will bring out in November.

The DMs Guild description of Dissonance Domain: A Cleric Subclass says that this is a tongue and cheek subclass, but it has been tuned for balance.

The supplement also says that all proceeds of this initial release of Dissonance Domain: A Cleric Subclass will go to the Get Mitch or Die Trying fund.

The fund has been set-up to empower the political opponents of the American politician Mitch McConnell. In 2016, McConnell said;

The American people should have a voice in the selection of their next Supreme Court Justice. Therefore, this vacancy should not be filled until we have a new president.

The Get Mitch or Die Trying fund is only open to American citizens. Please do not donate to it if you are not an American. It is fundamentally wrong for foreign donations to interfere with American politics.

The fund was created by Crooked Media who are not known to be involved with the Dissonance Domain: A Cleric Subclass supplement or any sequel. 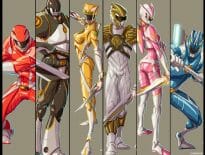 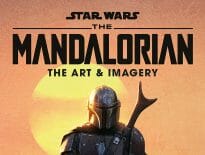