You are here: Home / Books / A look inside: Star Wars The Mandalorian – The Art & Imagery Collector’s Edition

It’s not often I see an art book that’s a number one bestseller in the action and adventure section on Amazon, especially when it’s still on pre-order.

That’s what Star Wars The Mandalorian: The Art & Imagery Collector’s Edition: 1 Hardcover from Titan Comics is doing this week.

Inside the covers are illustrations the Disney+ show makers used, photography and features the works of Doug Chiang (Rogue One, Solo, The Rise of the Skywalker), Christian Alzmann (Attack of the Clones, Cowboys & Aliens, Ready Player One), Ryan Church (Avengers: Age of Ultron, The Force Awakens, Rogue One, The Rise of the Skywalker), Nick Gindraux, John Park, Jama Jurabaev, Erik Tiemens, Brian Matayas, Seth Engstrom and many more.

The Mandalorian season 2 is due out in October with Katee Sackhoff and Timothy Olyphant believed to be joining the cast and with Rosario Dawson in the unconfirmed role as Ahsoka Tano and Temuera Morrison rumoured to be playing Boba Fett.

A look inside: Star Wars The Mandalorian – The Art & Imagery Collector’s Edition 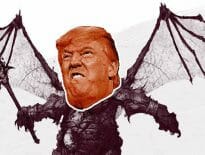 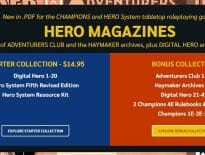