Ultraviolet Grasslands is an award-winning tabletop RPG by Luka Rejec inspired by psychedelic heavy metal and the Dying Earth genre.

Rejec has now made a 70-page free introduction available as a player’s guide. You can download the guide from Itch.io.

The download, you’ll see, is marked as a Pay What You Want. Geek Native likes to encourage people to pay something for such projects. Luka Rejec refers to the guide as free, though, so it’s entirely up to you.

Heroes in Ultraviolet Grasslands (UVG) will find themselves exploring the boundless and mythic savanna that’s littered with debris from time and space, while also encountering all sorts of kick-ass music. It’s a game that is intended to run for months, an epic road movie across a weird world. And there are cats.

The full game is available from both Itch.io and DriveThruRPG. Right now, fans can pre-order the softback from publisher Exalted Funeral Press. 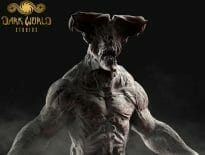 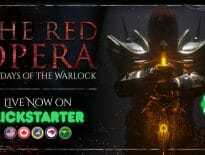 Music The Red Opera: An epic D&D campaign and setti…
💰 Copper Coins 💰 Geek Native is an affiliate and may earn commission on purchases you make from third-party sites.
🍪 Privacy & Cookies 🍪 The site uses cookies to survive. By accessing the site, you agree to use your browser to control cookie use or take 1d4-3 privacy damage (tracking). If you defeat cookies via ad blocking, please consider the Patreon. An intro to cookies, and how to control them, can be found here. I Manage Cookies