Steffan O’Sullivan’s rules-light RPG system FUDGE has a run at the bundle of holding. This is the game engine that foreshadowed FATE.

Unusually, this bundle includes FUDGE-based RPGs that are not yet on sale anywhere else. I can’t work out which, but that’s what BoH says.

You can check out the details and grab a deal at The Bundle of Holding.

The Starter Collection includes the debut of the Fudge 10th edition and books worth $69 at retail.

The cost of the Bonus Collection changes through the course of the campaign, going up if people buy it, and down if people stick to the Starter Collection. Right now it costs $25.12 and will get you $97 worth of goodies.

Some procedes from the bundle go to supporting the charity Direct Relief.

As is customary, the bundle deal will only run for three weeks, and at the time of writing, you still have 21 days to make a purchase. You can check the countdown timer at the FUDGE page.

Thank you for posting this! The new-to-pdf Fudge products that are currently available in pdf format ONLY through the Bundle of Holding are: Fudge 10th Anniversary Edition, Terra Incognita, and The Deryni Adventure Game. They will be available via DriveThruRPG separately after the Bundle of Holding ends (9/28). I wanted to encourage folks to buy the Bundle, since proceeds will support 5 Fudge publishers: Accessible Games, Booze and Games Productions, Carnivore Games, Digital Alchemy, and Grey Ghost Games (that’s me). Ann Dupuis

Brand new FUDGE RPGs come to the Bundle of Holding 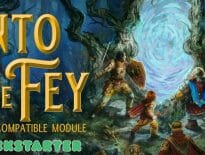 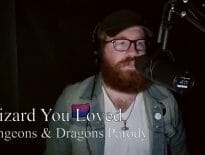