You are here: Home / Games / Tabletop & RPGs / Expendable: A Review of Feng Shui 2

I read the first edition of Feng Shui back in 1999. I was so excited by its presence, and I loved its many 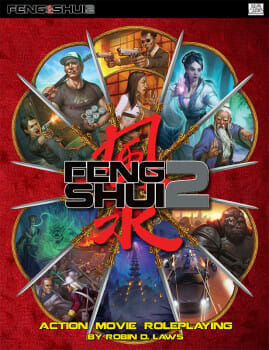 innovations…mooks who go down in a single hit? Not caring about ammo? Combat revolving around pulling off crazy stunts and not worrying about realism? This was awesome! I thought. Finally, a role-playing game that catered to the action movies of my adolescence! And now, years and years later, a sequel has finally come out, ready to bring me back to that crazy, over the top, Hong Kong-inspired action.

Unfortunately, although Feng Shui 2 does manage to invoke the feel of the original, it doesn’t reach the same thrilling heights. The problem is that the first Feng Shui brought so many great innovations to the hobby that the rest of the industry has integrated them into their mechanics. The students have become the teachers.

Feng Shui 2’s core mechanic is adding and subtracting six-sideds from each other, applying numerous fun “schticks” that translate almost completely wholesale into arithmetic modifiers, adding and subtracting all of those numbers, and then comparing numbers against numbers and then translating it into a kung fu narrative. Immediately, games pop into my head that can do this better: Savage Worlds. Apocalypse World. Fate Core. The original Feng Shui, compared to the titans of the time, was refreshingly light and slick. But in today’s hobby, the game feels as aged as a Chuck Norris videotape. Rather than modernizing the game to account for current RPG design, Feng Shui 2 stubbornly clings to the things that made it great almost 20 years ago, refusing to innovate and hoping the novelty and nostalgia of its setting and subject matter will be good enough to make it successful. If that was indeed the intention, then the question begs to be asked: why make a second edition at all? Why not just reprint the first edition?

If the point of Feng Shui 2 was merely to add a fresh coat of paint to the original game, on that count publisher Atlas Games definitely achieved their goal. FS2 is a gorgeous game, a beefy 350+ pages full of great, full-color art and an attractive, colorful layout that is a stark contrast to the old-school black and white columned look of its predecessor. The purposefully-ridiculous setting…a “Chi War” spanning through four different eras of time that basically just allows game groups to reasonably combine Wushu sorcerors with 90’s-era cyborgs and 80’s-era blue-collar badasses…has been updated and is every bit as over-the-top as it was when the game was originally released in 1996.

Two of the greatest minds in the history of the hobby…Robin Laws and Cam Banks…came togetether to bring us Feng Shui 2, and as much as I wanted to love the final product, the result feels more like a studio-backed, more-of-the-same reboot than a radical reinvention or thoughtful modernization. Maybe that was the plan all along. Either way, Feng Shui 2 feels make a massive letdown and continues to make me openly wonder why anyone thought this product needed to be made. If you’re really nostalgic for 80s/90s style action, just play the original Feng Shui, or simulate it yourself with any number of modern systems that can do it better (including Cortex Plus or even a hacked version of Gumshoe, two systems also designed by the aforementioned Banks and Laws, respectively). Feng Shui 2 proves, for perhaps the millionth time, that sometimes you just don’t need a sequel.

My copy of Feng Shui 2 was provided for review.

I’m sorry, but I don’t agree. FS2 is quite different from the original. First off, there are many more archetypes to play. These are finely tuned, and you are encouraged to try them “as is”. Even less customization than the original, but it starts play quickly. Second, the generic RPG stats are gone. Guns and Martial Arts are stats now, instead of skills. Defense is also a stat now. You may remember that your Defense used to equal your highest combat skill. No longer. The game changes even more for GM’s. You no longer have to create adversaries with complex… Read more »

Interesting review, and understandable. What changes would you make personally to keep the same vibe while making it more modern?

OtisJohnson I’ve ran both systems side by side with a group of 3 players, When I saw the new book I bought it sight unseen cause I guess I’m a fanboy, we switched over Feng Shui 2 and the players clearly prefer the new edition. Fights run smoother, The Secret war is showing up slowly, and we had a  classic home brew night where we were seeing if a character would die. We looked up the rules and it said +1 if no one has died yet in the series, +2 if the death is ironic this sealed the fate… Read more »

Expendable: A Review of Feng Shui 2 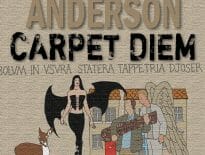 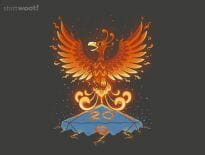