You are here: Home / Games / Tabletop & RPGs / Shadow of the Weird Wizard introduced

Robert J Schwalb’s Shadow of the Demon Lord is a dark and dangerous RPG. It’s not family-friendly.

This week, Schwalb announced Shadow of the Weird Wizard as the family-friendly alternative.

Shadow of the Weird Wizard is not a tweaked version of Demon, it’s a ground-up rebuild of the system’s maths and therefore everything associated with the system. The game isn’t finished either, but Schwalb says he is close.

You are refugees in the game. That’s a hot potato start, but games that encourage a bit of empathy to refugees are no bad thing.

The world has fallen twice before, at least.

The first time that history records the fall happened in a place known only as the Devastation. Devastation is known to be a nightmare, a place of fire and death.

The second time, more recently, the fall happened in the Old Country. The Lord Commander of the Paladins murdered the Pontifex of the High One, burned the Cathedral of Hope, and ended the royal line.

Now people flee the Old Country, and they run to the area known as the Lands of a weird Wizard. This bearded strange has used their magical recklessly and transformed the country into a strange and mysterious place, but still, the refugees come.

Shadow of the Weird Wizard introduced 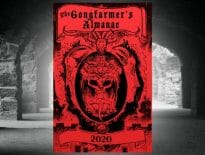 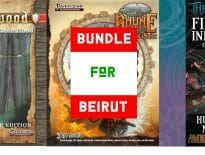