Absolute Tabletop have released the beta version of the Harbinger roleplaying game for free.

Harbinger is a grim, weird and wonderful science-fantasy RPG and it uses D&D’s 5e ruleset.

Ancient voidships drift across the Known Orbits of the gas giant Bastion. A mancer’s veins glow vivid emerald as she channels volatile space energy. A grime-streaked mechanist, accompanied by her floating spheroids, breaks the centuries-old seal on a rune-etched door. A tireless treader, armed with his heirloom pulser weapon, tracks a beast across the desolate wastes of a fringe moon. The Harbinger, a leviathan alien structure, eclipses the stars.

In the core rules you’ll get; 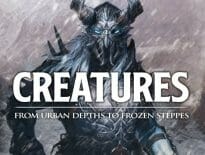 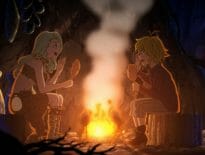