In less than a month it’ll be V-CRX / Crunchyroll Expo Online.

Needless to say, the anime schedule is tailored around that with new shows kicking off last month so they can build up a sufficient level of fan interest and others being held back so they can be new for the convention.

This article of Irregular Reconnaissance happens to be dominated by new or nearly new anime. Finish one show before starting another? Nope, not done that here.

Not read an Irregular Reconnaissance before? You’ll find a bunch of mini-reviews for anime shows, with one line summaries and a link to where you can watch them.

You’re very much welcome to leave your own short reviews of shows you’ve been watching in the comments below.

Do you visit Geek Native only for the anime? That’s okay. Some readers visit only for RPG news or cosplay. There’s an email subscription trick you might like where a site called IFTTT can be used to generate email alerts whenever there’s a new Irregular Reconnaissance post. The guide Geek Native produced uses the Routinely Itemised column as an example, but the technique works as well for Irregular Reconnaissance.

My initial concern with season 3 (depending on how you count them) was that it was going to be entirely flashbacks or retrospectives. If you made it to the end of Naruto Shippuden along with the Irregular Reconnaissance scouts, then you’ll know we labelled some of those episodes as nothing more than thin filler. Ten episodes into this batch of The Seven Deadly Sins and the flashbacks have been fast albeit curveball.

I’d almost say that they’re trying to rush to a conclusion, but there’s a fourth season scheduled.

Rent-a-Girlfriend is not the romantic comedy I expected. Is it fan service? Yes, a bit. It also returns to scenes with the hapless boyfriend-customer relieving his pent up urges and going through the tissue paper. I’m unsure whether that’s supposed to be equal opportunity fan service or not!

The premises of the show is; guy gets dumped, single guy hires a platonic girlfriend because he’s lonely and awkwardness ensures.

The predictable; girlfriend sees her ex with a new beautiful woman and wonders whether she made the right decision plot is here, but, nicely, it has a twist.

I’m rather liking it, though I really do wonder how long they can string this on for. At the minute, I’m happy to find out.

Status: Average, and warming.
Where: Crunchyroll

Are you ready for a virus destroys the world story?

In Gibiate, a virus turns people into monsters. You catch it by being stung by one of the Gibiate monsters, but since they’re hard to kill with bullets, lots of people become infected.

The plot twist in Gibiate is that a samurai, a ninja and a warrior monk from the past have been transported to this monster-filled future.

It turns out, Gibiate monsters are far easier to kill with swords, ninja wire and clubs.

I like that the plot might have an intelligent reason linking the past to the monster outbreak in the future. It’s a teaser because 5 episodes in, we’re not even scratching at that plot yet.

I don’t like the Gibiate monsters. In scenes with humans in, most of the time these monsters are animated in the same style as characters. In shots that only show the monsters they look different like computer renders, and it’s unsettling.

In short, Gibiate feels like it’s still struggling to get into 3rd gear.

The God of High School

Going strong and with minimal references to High School. All the better.

The tournament has made three fast friends with our heroes; two blokes and one woman. We’ve the chatty guy who always tries to the right thing. The broody guy and the woman takes on the role of the honourable warrior.

We’ve had character arcs for the warrior woman and broody guy. The main hero’s background, so far, has been kept more obscure from us. However, the mysterious organisers of the God of the High School contest seem to know about him and are interested in what he can do.

The God of High School is a great mix of character building, action and mystery.

Is it controversial to suggest that any monster girl anime is there for fan service? It’s primarily catering to a niche interest, at the very least.

Monster Girl Doctor is on Crunchyroll, though, so it’s not hardcore. There are certainly medicine scenes which result in blushing and moaning monster girls.

In this show, we’ve a jealous lamia doctor who works for a human doctor. He just wants to do medicine and help monsters. A lamia was a primary character in Monster Musume: Everyday Life With Monster Girls, so I can only speculate that snake-girls are what market research says needs to be a focus.

The plot, so far, is that the action is set in a city where monsters and humans try to live together and in peace. Let’s see where that goes.

Status: Average with wobbles.
Where: Crunchyroll

That’s it for it for this Irregular Reconnaissance batch of mini-reviews. Hopefully, there’s a show that might interest you in here but, if not, let us know why in the comments below and recommend one of your own. 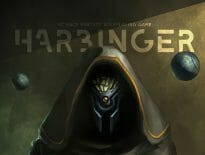 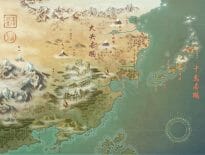