Osprey Games have today confirmed their 4th RPG. Righteous Blood, Ruthless Blades: Wuxia Roleplaying is a dark wuxia RPG similar to movies like The Bride with White Hair of the novels of Gu Long.

Written by Brendan Davis and Jeremy Bai, illustrated by Kagan McLeod, the game will use a simple ten-diced dice pool system.

In the RPG, players will take on the roles of eccentric heroes who do demonstrate a profound mastery of martial arts and act as heroes, but who solve mysteries and avenge misdeeds as well.

Geek Native readers may know Brendan Davis’ work from wuxia titles like Heroes of Ogre Gate, and there’s a preview of House of Paper Shadows an Ogre Gate adventure available on the site.

We strove for a system that was fast and lethal, that emulated darker films like Magic Blade and The Bride with White Hair, and books like Heroes Shed No Tears.”

Wuxia has been an integral part of my life for two decades, and roleplaying games for three, so I couldn’t be more delighted to have had a hand in creating what I believe is the most authentic, exciting wuxia roleplaying game in existence! As authors and designers, we took inspiration from legends like Gu Long and Chang Cheh, and created an RPG that brings their styles of wuxia to life at the gaming table.”

Bai, who writes with the pen name “Deathblade” at WuxiaWorld, is one of the most prolific translators of Chinese fantasy fiction in the world.

Righteous Blood, Ruthless Blades: Wuxia Roleplaying is expected out in December of this year.

More info about the game is available on the author’s website: https://jeremybai.com/rbrb-info 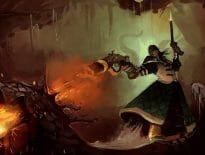 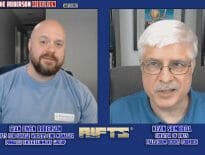