There’s a geeky and exciting premise to Joe Manganiello’s Archenemy. We don’t touch on any of that in the trailer; we just get a ton of mood!

Max Fist is a man who claims to be a superhero from a different dimension. Fist says he’s fallen through time and space to this Earth and been stripped of his powers.

As you might expect, no one believes him, except a teen called Hamster who convinces the troubled Max to take on a dangerous local drug gang.

Archenemy was produced by Manganiello, his brother Nick as well as Kim Sherman, Lisa Whalen and Elijah Wood.

Of course, we’ve seen Manganiello in superhero roles before – as DC’s dangerous Deathstroke. He was the post-credits scene in the cinema release of Justice League.

Will we see more of him in the extended “Synder Cut” of Justice League that’s due out next year? Manganiello has been hinting so.

Readers might also link the actor to D&D. He’s a famous tabletop roleplayer and his own PC the Dragonborn Arkhan the Cruel has his own miniature and canonically holds the Hand of Vecna.

It has been rumoured that the forthcoming ‘action-comedy’ D&D Movie will set up the lich-god Vecna has the big bad.

Archenemy is also dated 2021 and is written and directed by Adam Egypt Mortimer (Daniel Isn’t Real, Some Kind of Hate). 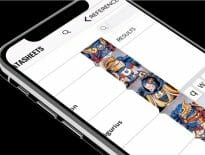 Cool Tech A rocky start for the free Warhammer 40,000 App 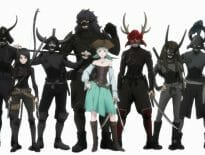