Square Enix’s Monthly Shōnen Gangan series Talented Nana (Munou na Nana) is getting an anime. The TV adaption will be based on the original written by Looseboy.

The series is set on an island school that’s hugely difficult to reach and where students train to fight against the enemies of humanity.

The titular Nana comes across as having a bubbly personality and somewhat absent-minded, but her superpower is the ability to read minds. She’s determined to do what’s best for humanity and, despite appearances, is a fierce strategist.

There’s something of an aura of mystery around Kyouya. As crimes and dramas unfold on the island, he sometimes allies with Nana but sometimes opposes or rivals her. Kyouya’s detective skills might match Nana’s too.

Nanao is dismissed by his classmates as being incompetent, but he’s been hiding his superhuman powers. Nana’s arrival at the school gives him a reason to change this behaviour. 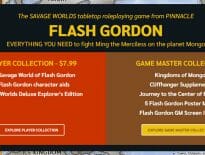 Tabletop & RPGs Savage World’s Flash Gordon on the Bundle of… 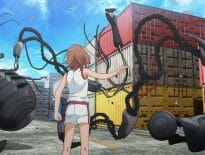