You are here: Home / Games / Tabletop & RPGs / Too sexy for D&D? Wizards of the Coast working on a decency code for third-party content

Is a chainmail bikini-clad barbarian appropriate content for D&D? An ooze in the shape of a male humanoid? A Dullahan licking his stomach with his own magically detached head?

This week, trying to stick to what Wizards of the Coast would want for D&D, the DMs Guild asked Curse of Hearts, an adventure about gay vampires, to censor some artwork.

Oliver Clegg, the game’s author, refused because he felt it was wrong to hold naked male flesh to different standards to naked female flesh. We should not, he argued, judge content for the straight male gaze differently for content for women or gay men.

The result? OneBookShelf offered DriveThruRPG as a home for the adventure, provided it was converted to OGL, but removed the sexy adventure from the DMs Guild.

Now, in a tweet, the DMs Guild has listened to feedback and accept it is a nuanced issue. They’ve offered to reinstate the content. They’ll be talking to Wizards of the Coast to formalise a policy for content, or a decency standard, for the DMs Guild, so authors have more precise guidelines.

The work with Wizards of the Coast also means the DMs Guild will no longer be in the awkward position of trying to guess what the Hasbro-owned multi-national might find acceptable, guided (or biased) by common cultural trends, and will have guidelines it too can refer.

The drama around content appropriateness for D&D comes in the same week as Keil Chenier, author of Lamentations of the Flame Princess adventure Blood in Chocolate, disowned their adventure. In that game, a roll of the dice could subject players to a sexual assault/murder encounter which Chenier concedes was there just to make the story edgy. It offered no other value to the plot.

Too sexy for D&D? Wizards of the Coast working on a decency code for third-party content 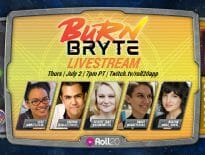 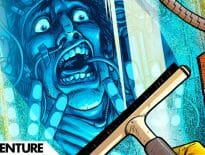