Sofia Alexander worked as a storyboard artist on shows like The Powerpuff Girls and Infinity Train. Their role in Crunchyroll’s new Originals series Onyx Equinox is very different. Alexander is the EP, creator and showrunner of Onyx Equinox.

Izel is an Aztec boy who has been marked by the gods, pulled from the clutches of death and tasked with saving humankind. The challenge has him set out on a journey across ancient Mesoamerica.

Onyx Equinox will air in English.

As the trailer shows, invading demons are breaking through into the human world. The gulf in power, even in size, between the Aztec warriors and these monsters, is dramatic.

Izel, though, is given a magic dagger and the blade transforms him when it gets a taste of his blood.

Onyx Equinox was announced in Crunchyroll’s Originals line-up near the start of the year. 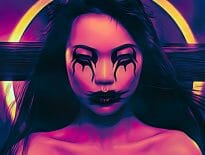 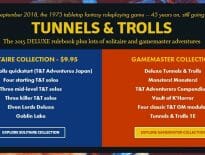