You are here: Home / TV / Netflix draws the sword and shows us the Cursed trailer

Cursed is a book by Thomas Wheeler who is an author (The Arcanum) and a TV screenwriter and showrunner with shows like Empire and The Cape to his name.

Cursed is a re-telling of the traditional Arthurian legend told and Wheeler wrote it with Frank Miller (The Dark Knight Returns, 300 and many more) who also provides illustrations for the book.

In this version of the famous story, Nimue is an outcast, feared by her village because of her connection to dark magic. After her mother dies at the hands of Red Paladins, Nimue is tasked with delivering an ancient sword to a legendary sorcerer.

Accompanying Nimue on her mission is a charismatic mercenary called Arthur…

The TV show will start on Netflix on the 17th of July, we’ll get all episodes delivered at once.

Netflix draws the sword and shows us the Cursed trailer 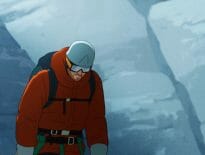 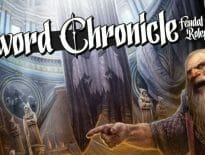