Legends of Avallen is an indie tabletop RPG which is open for playtest.

There are free downloads of the rules summary and a free starter kit. There’s even a form to get you access to the game’s Discord. That’s a nice simple entry gate to keep the spammers off the server.

Legends of Avallen look great, and there’s no shortage of art talent attached to the project.

Ricardo Herrera is doing the adventure art, Tom Trengrove the character art, Wasan Techwibulchai the settlement art and Jane Chong the card art. More on how cards work with the tabletop game in just a bit.

In the game, players start as townsfolk of humble origins who rise up to become legends. The setting is a mystical island that’s inspired by Celtic mythology and Roman-occupied Britain. On the way to becoming legends, characters will explore the land, seek out lost relics, confront beasts and even riddle with Gods.

Legends of Avallen is being made Deren Games who are based in Cardiff, Wales, and the game needs just a deck of cards to play. The rules start simple, as the characters are just townsfolk, but develop as the game does.

Gamemasters also get to tap into scene templates, a mix-and-match monster-maker and Fate Cards that are dealt to add drama and act as a ticking clock of tension.

The project has been progressing quickly. If you’ve an eagle-eye and a good memory you might recall the launch announcement for the game making Routinely Itemised: RPGs #26 back in December.

You can check out more about Legends of Avallen at their website and sign-up for the newsletter. As you’d expect, the playtesting is leading towards a Kickstarter to raise funds to finish the project off. 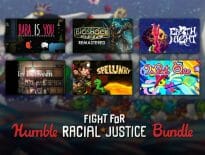 PC Starfinder jumps into the Fight For Racial Justice… 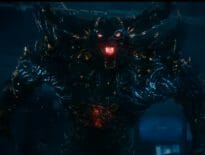